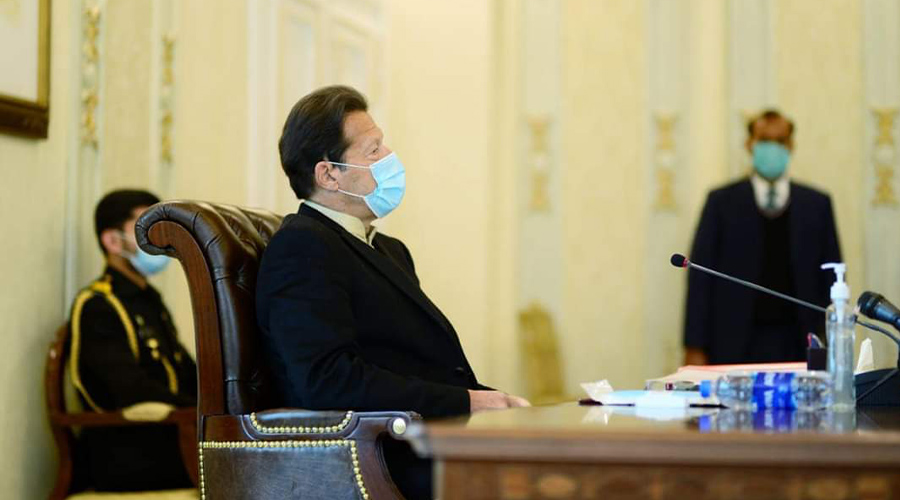 On Monday, PM office highlighted the “achievements” of Pakistan Tehreek-i-Insaf (PTI) government during the year 2020 as the government tackled the whole situation of the country amid pandemic efficiently.

The PTI government, amid the adverse impact of the Covid-19 pandemic on economy, health, education, development and social life of the citizens, faced an extremely difficult time and still, successfully made the country’s name in few 10 countries which tackled COVID-19 effectively.

Prime Minister Imran Khan expressed satisfaction over what he said the outstanding recovery of plundered wealth by the National Accountability Bureau (NAB) and called it “a result of the government’s policy under which state institutions were working independently.”

Furthermore, the PMO made public a brief sketch on steps taken by the government in different sectors starting from health, especially to combat coronavirus that has claimed over 10,000 lives in the country.

As per the official statement, made in the health sector, the first meeting of the National Security Council (NSC) on public health has taken place, the national command and operations center formed to serve as a nerve center, the program of Covid relief of 1.2 trillion rupees has been announced and 180 billion rupees have been disbursed through Ehsaas Emergency Cash.

Whereas PM Office also emphasized on the health sector, Sehat Sahulat Card was among the biggest achievements of the year 2020 through which Rs 1 million health coverage for every family to get treatment at both public and private hospitals was announced for entire Punjab (end of year 2021), KP, including the merged districts (end of Jan 2021), AJK and Gilgit-Baltistan and also for police, lawyers and transgenders were introduced.

Indigenous production of medical equipment, including ventilators and cardiac stents, was carried out while the Isolation Hospital and Infectious Treatment Center (IHITC) was inaugurated in Islamabad in 2020.

Also, the inauguration of DHQ Hafizabad Hospital and DHQ Chakwal Hospital was completed and a 250-bed Peshawar Heart Institute was inaugurated. The block of medical, surgical and related was opened at Lady Reading Hospital in Peshawar.

Moreover, the achievements in education sector were, University of Hafizabad, University of Chakwal, Namal Knowledge City Phase 1 and Sialkot University of Applied Engineering and Technology was made and Pak-Austria Facchochschule Institute was inaugurated in Haripur.