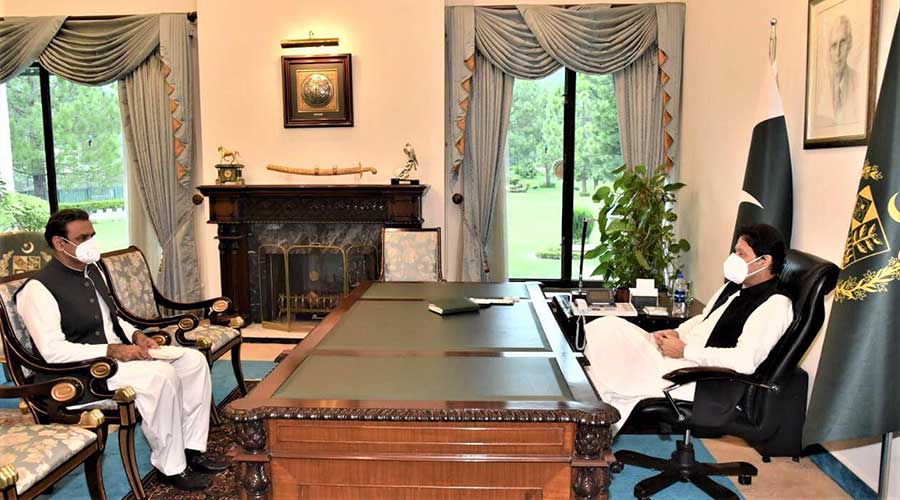 ​ISLAMABAD: Prime Minister Imran Khan declined to accept the resignation of Asim Saleem Bajwa as SAPM on Information, and told him to carry on with his positive work.

According to the Prime Minister office, the retired Lieutenant General Bajwa forwarded his resignation which the premier refused to accept.

PM Imran Khan met him today in Prime Minister Office and said that he was satisfied by the clarification provided by Chairman CPEC Authority Retired Lt Gen Bajwa in a response to an article published on a private website about the assets and businesses owned by Bajwa & Co.

However, the retired Lieutenant General showed his desire to continue working as a chairman of the China Pakistan Economic Corridor (CPEC) Authority.

Upon asking questions regarding notifying the Prime Minister about the resignation from the post, Bajwa replied that he will tell PM Imran Khan personally when he meets him on Friday and put my resignation on the table.

Bajwa said “I will request the premier to relieve me of the responsibility when I meet him Friday morning.”

While talking to the private TV channel the retired Lieutenant General said that he wanted to continue his focus on CPEC Authority, because the mega project is the future of the country and will definitely change the shape of Pakistan.

The resignation from SAPM post came right after Bajwa gave a proper reply to his defense with proof in a Twitter post. While tweeting from his official account the three-star General shared a detailed document in a tweet that provided a response to every allegation in detail.

The TV interview asked questions regarding allegations in which the former DG ISPR said he has all the documents which are evidence of money trail.

“Being a Pakistani citizen, I am ready to provide the money trail, document, or any evidence on any platform, he added.

Recently journalist Ahmad Noorani did a detailed investigative story that concluded that during his military tenure, Bajwa and his family started investing in foreign countries and made millions by using his post.

According to Noorani, the Bajwa family’s companies spent an estimated $52.2 million to grow their businesses and $14.5 million to acquire assets in the United States, while Asim Bajwa and his department were encouraging Pakistanis to invest within their comparatively undeveloped country. The businesses of the Bajwa family through different companies were named as Bajco Group.