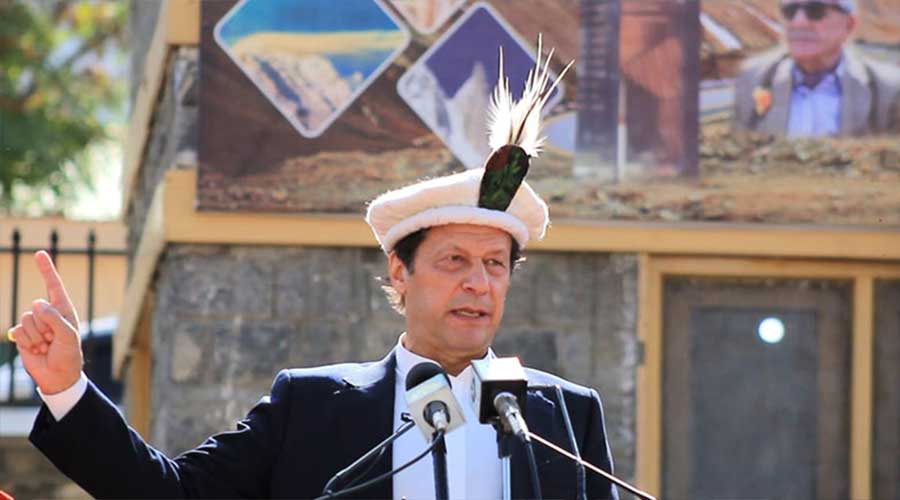 On Sunday, Prime Minister Imran Khan announced granting the provisional-provincial status to Gilgit-Baltistan during the celebrations of the region’s 73rd Independence Day.

PM while attending the Independence Day celebration, said, “One of the reasons for me coming to Gilgit-Baltistan is to announce that we have decided to grant Gilgit-Baltistan the provisional provincial status,” he said. “We have taken this decision keeping in mind the UN Security Council’s resolutions.”

He further said that he could not announce to talk about the development packages for GB, he added that doing so would be a violation of the stated procedures as elections were about to take place in the area.

“However, I will tell you that it is our government’s foremost policy to uplift Pakistan’s poor that amount to 25% of the population and the country’s backward areas,” he said.

Premier added, “Insha’Allah you will see in the coming days, our development plans will go there [backward areas].”

In his speech on the 73rd Independence Day celebration, Imran did not talk only about the development of Gilgit-Baltistan rather he discussed conspiracies of India against Muslims of Pakistan and lashed the opposition parties by saying that so-called democrats are discrediting the army.

He then praised Army and appreciated its efforts for the country, “Pakistan is secure today because of its armed forces,” he said. “Our army is the main reason why we haven’t suffered the same fate as many other Muslim countries.”

He also said that India is responsible for promoting religious hate in Pakistan, New Delhi fanned hatred between Muslim sects, Shia and Sunni.

Later in the speech, Prime Minister did not spare the opposition parties and warned them too. The premier lashed out at the Opposition, saying that so-called democrats in the country were targeting the military and the judiciary.

“Those who call themselves democrats have started a programme according to which they are discrediting the country’s judiciary and military,” he said.