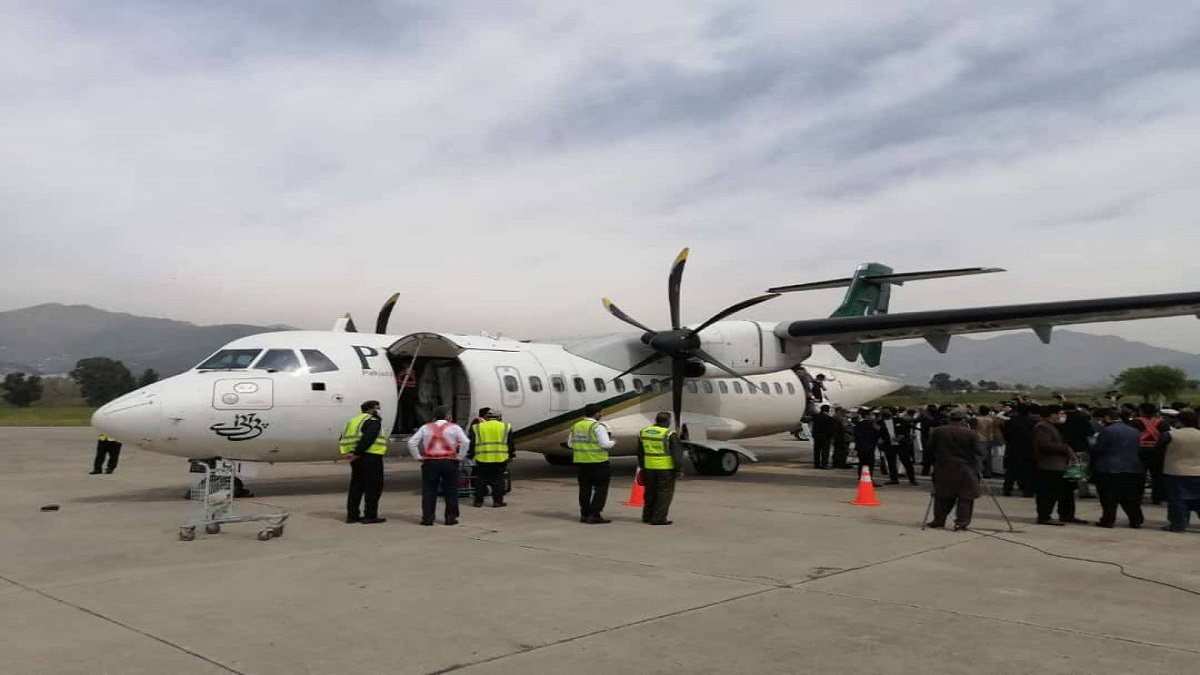 Pakistan International Airlines (PIA) has resumed its flight operations at the Saidu Sharif Airport Swat after a gap of 17 years.

Following the flight’s arrival, a ceremony, supervised by the KP CM, was held at the airport. Public office holders in the district were also in attendance.

The aim behind restoring Swat flight is to boost tourism in the scenic valley, with two flights operating from Islamabad every week. The operation will connect with flights from Karachi and Lahore.

While talking to the media on the ceremony, Mahmood Khan called the regularization of flights after a span of 17 years a significant milestone. He further thanked Prime Minister Imran Khan for restoring the flights that had been irregular for the past 17 years.

He also praised Murad Saeed, civil aviation authority, PIA, and the district administration for their efforts to restore the flights.

The chief minister congratulated the people of Malakand in general and Swat in particular on the important development. He expressed his hope that the regularization would help uplift tourism and employment opportunities in the once terror-hit valley.

Mahmood Khan said the incumbent government was paying special attention to boost tourism. “Efforts are underway to identify new tourism sites and to revamp them at par with international standards. Work is also ongoing to establish various integrated tourism zones in the province,” he maintained.

The chief minister also said that all tourism sites in KP are being connected to one another by road. He added that skiing village comprising 4,000 homes is being constructed in the province and work is also underway on a chair-lift facility in Kumrat.