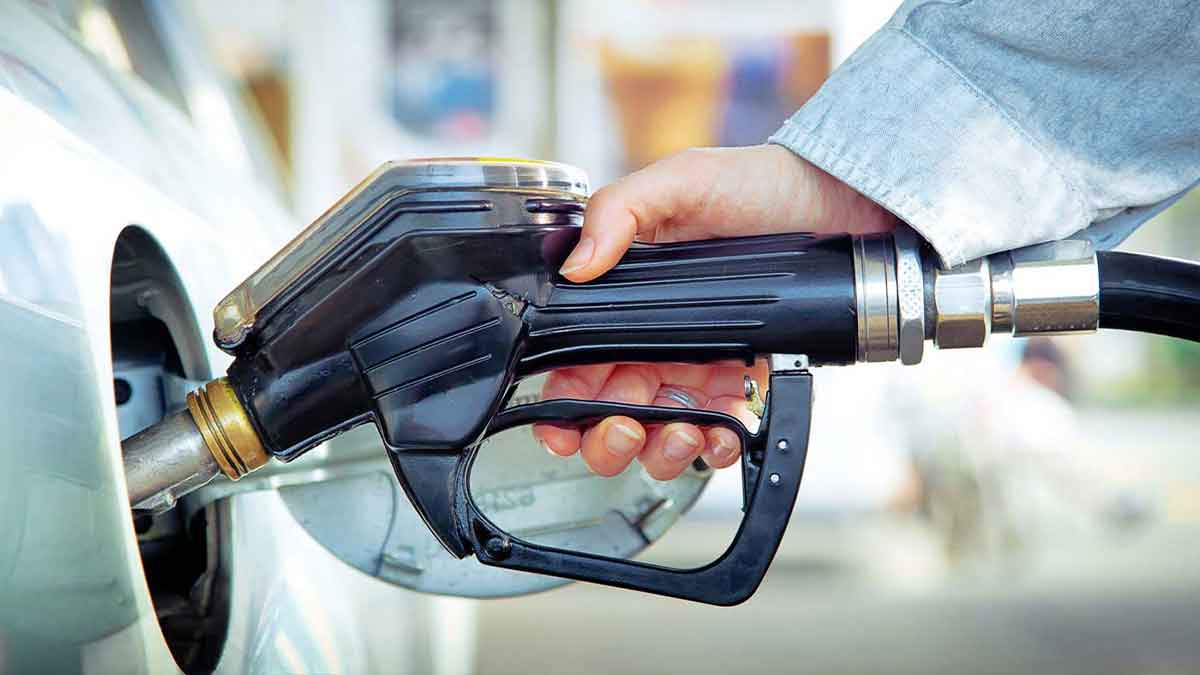 The cost of driving is becoming increasingly expensive due to rising fuel prices. According to experts, prices could climb even higher as a result of global market uncertainties and increased wholesale pricing. Fuel rates in Pakistan have increased recently by up to Rs. 30 per litre, bringing petrol and diesel to Rs. 210/litre and Rs. 204/litre, respectively.

Furthermore, if the government accepts the IMF’s demands, fuel prices might rise to Rs. 270 per litre by June 30.

However, we’ve put together a list of simple methods to help you save money on petroleum.

Ask to Manually Refuel at Slow Speed – Save up to 2%

Insist that the staff member not press the nozzle to speed up the pumping process while refueling your vehicle. Slow, medium, and high are the three steps of the trigger. Slow mode pumps the fuel at a low pressure, reducing the amount of fumes produced during the pumping process.

At the pump, there is a vapour return on all hoses. Because gasoline is a volatile liquid, some of it vaporises when pumped at a high rate. Those vapours are then vacuumed up and returned to the underground storage tank, leaving automobile owners with less fuel than they paid for.

Use Discount Offers – Save up to 7%

Certain credit cards, debit cards, and fill-up cards endorsed by the Oil Marketing Company (OMC) provide discounts at specific gas stations. These cards provide one to seven percent fuel reductions, which add up to significant long-term savings. When you fill up your automobile with a 40-liter petrol tank, you can save up to Rs. 500. Furthermore, by using your credit card in return you get points. You can redeem those credit points on panel approved petrol station.

Use Company-Operated Fuel Stations – Save up to 20%

When it comes to attention, make every effort to exclusively visit company-operated gas stations. Some franchised fuel stations tamper with their fuel dispensers to reflect higher readings.

In autofill mode, the metre usually starts running before the dispenser starts pumping fuel into the tank. As a result, after the fillup, the metre displays a higher reading. As a result, it is preferable to have the staff member manually fill the fuel tank, as this decreases the chances of a false reading.

Keep Your Tank Half Full – Save up to 2%

Refueling your car once the tank is half full is one of the most useful recommendations. The reason for this is because the more fuel in the tank, the less air will fill the empty space.

Petrol evaporates quickly, resulting in waste. Internally, petroleum storage tanks have a floating canopy that acts as a barrier between the gasoline and the air, reducing evaporation.

As a result, it is not a good idea to leave the fuel tank more than half full.

Efficient Driving – Save up to 10%

Your driving style has a huge influence on your car’s fuel economy. Smooth and steady driving really does win the race in the case of fuel economy. Gentle acceleration and using the highest safe gear should use less fuel.

Furthermore, while approaching a junction or a signal, ease off the throttle and let your car decelerate by itself. While driving away from a standstill, slowly accelerate rather than suddenly stomping on the throttle.

This is often referred to as ‘defensive driving’ as not only does it consume less fuel by up to 10 percent, but is safer too.

Your driving style has a significant impact on the fuel economy of your vehicle. When it comes to fuel economy, smooth and steady driving truly does win the race. Less fuel should be used if you accelerate slowly and utilize the highest safe gear.

Additionally, while reaching a crossroads or a signal, let your automobile slow on its own by easing off the throttle. Meanwhile, instead of stomping on the accelerator pedal when driving away from a stop or signal, gently accelerate.

This is known as ‘protective driving,’ because it not only saves up to 10% on fuel but also keeps you safer.

Get Rid of Excess Weight – Save Over 1%

The weight of a vehicle has a major impact on both performance and fuel economy. The more weight the car has, the more effort the engine will have to exert to drive it. Low weight minimizes stress not just on the engine but also on other mechanical parts.

This implies that your car will not only consume less fuel, but it will also perform better and last longer. The industry standard is that every 45 kilogrammes of weight lost increases fuel economy by around 1%.

Tires are an essential part that determines a car’s performance as well as its fuel economy. Rolling resistance is significant in large tyres or those with blocky and deep tread patterns, resulting in low fuel economy. Fuel economy can also be affected by incorrect or low tyre inflation pressure. A 0.3 percent decline in fuel economy is equal to every 1% fall in tyre pressure.

Furthermore, a good or bad tyre might result in a 7.5 percent difference in fuel usage.

Avoid Excessive Idling – Save up to a Liter

Idling, or keeping the engine running while the car is still, consumes a significant amount of fuel. In addition, it emits hazardous gases into the atmosphere.

An idling engine’s estimated fuel usage is 0.6 litres per hour per litre of engine displacement. This means that while idling, a 1600cc engine can consume about a litre of fuel every hour.

Modern automobiles have a start-stop or eco-idle function that turns the vehicle on and off as needed. Those without that feature should nonetheless turn off their cars when they are stationary to save gas and the environment.

Regular Maintenance – Save up to 20%

Enabling a car to perform at its best is a two-way street. Your car will give you with the best fuel economy if you service it regularly and completely.

It’s critical to use all of these suggestions at the same time to see a significant change in fuel efficiency and expenses. Using these recommendations, the average car driver will save at least 40% on petroleum, with a minimum of 20% and a high of 50% based on how they drive.