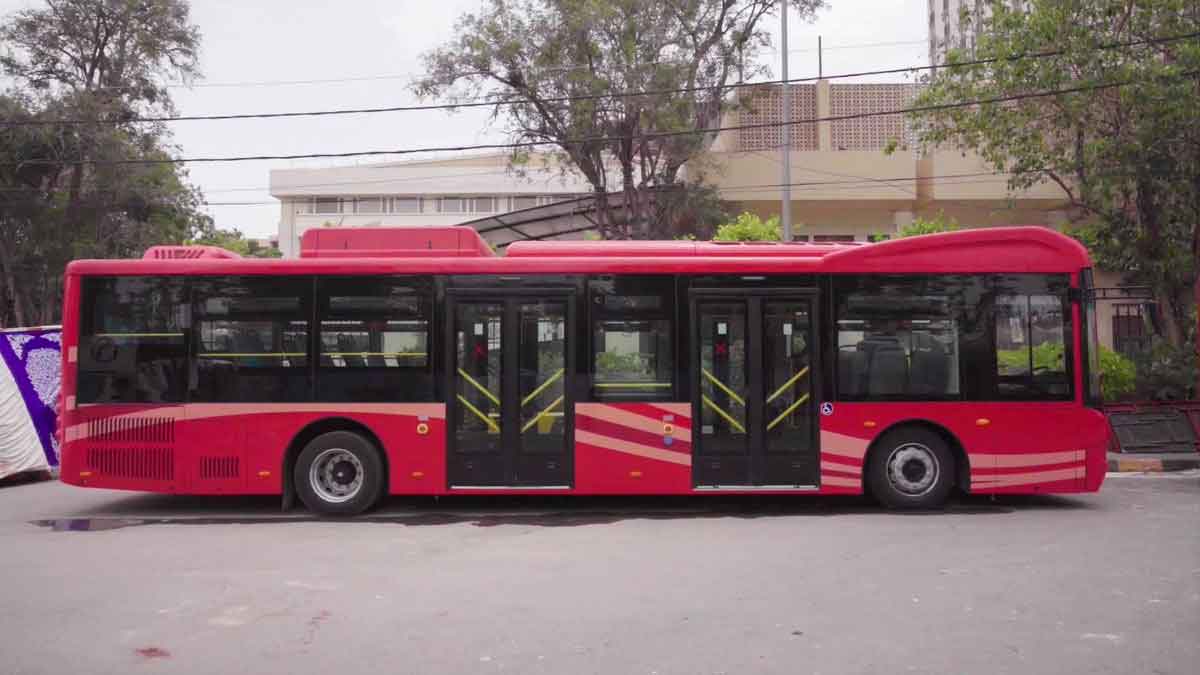 Good news for Karachites as 100 more buses for People’s Intra-District Bus Service arrived at Karachi Port from China on Tuesday.

As per the sources, around 240 air-conditioned buses purchased from China will run on seven routes in the city. The Sindh government’s People’s Bus Service is a separate project from the network of Bus Rapid Transit (BRT) lines.

Besides, work on other transport projects like the Orange Line bus service and the Karachi Circular Railway would begin shortly, Memon said.

“It will be my request to the people of Karachi to maintain the buses and to not ruin them,” he asked the people in a video posted on Twitter by the Sindh Information Department.

Memon further added that depending on the track, the minimum ticket rice would be Rs 25 and the maximum would be Rs 50.

In case the ticket prices need to be hiked, due to petrol and diesel prices, the government will look at it “conservatively”, the minister added. He also “guaranteed” people that using the bus service would be cheaper as compared to using their personal vehicles.

“The journey will be better and economical,” he said.

Moreover, the inauguration of the long-awaited People’s Bus Service coincides with the upcoming second phase of the local government elections in Karachi as many consider the Sindh government is trying to lure the people by initiating projects of public importance before the vital electoral exercise.

The bus service would start its operations on Route 1 covering 29.5 kilometers from Model Colony to Tower, and has 38 stations.

Furthermore, the Sindh government has set aside Rs 4 billion in its budget for the next financial year 2022-23 for acquiring more buses in Karachi under the same project.