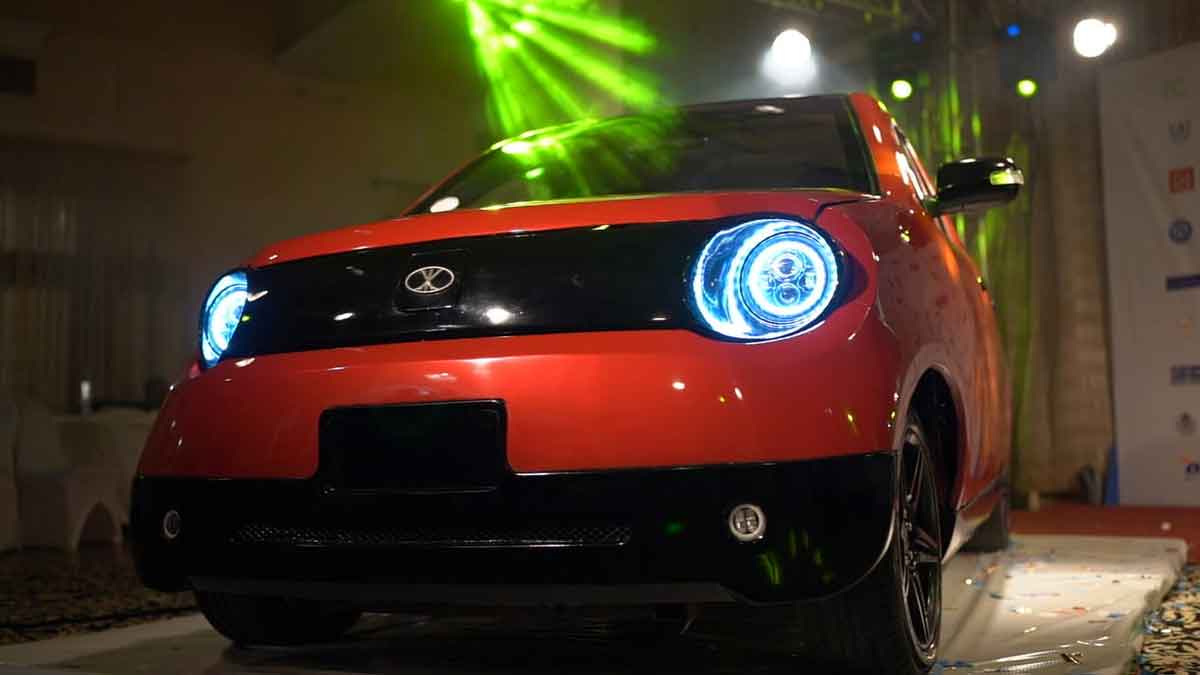 Nur-E 75 which has been dubbed the nation’s first indigenous electric vehicle, was designed and developed by the DICE Foundation, a US-based non-profit organization run by Pakistanis with assistance from the local academic community and business community.

Dr. Khurshid Qureshi, the chairman and founder of the DICE Foundation and a specialist in the development of autonomous vehicles, stated during a presentation that Pakistan has only imported innovation since its establishment 75 years ago, while nations like South Korea and China have grown exponentially during that time.

During the ceremony, he added, “South Korea learned to make television from Japan and today it is making better TVs.

“I cannot emphasize enough how important this development is and how it will revolutionize both Pakistan’s economy and its citizens’ life experience.

He added that EVs were the way of the future for the car industry and that “we have wasted enough time importing.”

He revealed information regarding the hatchback Nur-E 75 and stated that the car’s commercial production is anticipated to begin in the fourth quarter of 2024. The company is called Jaxeri in honour of a Muslim scientist.

“In the context of the environment and climate change, this electric car will play a phenomenal role and assist in our transition away from the use of non-renewable energies.

We intend to build a sedan and a small SUV on the same platform in addition to this 5-seat hatchback prototype, according to Dr. Qureshi.

According to Dr. Qureshi, the car will have 60% locally made parts when it is commercially built, and that percentage will rise to 80% over the following few years.

He acknowledged that the nation would still require raw materials like lithium, which is made in a small number of nations, including China, Chile, Australia, and Argentina. Lithium is utilized in electric batteries.

He also highlighted that even Tesla imports batteries from China.

Other automakers just assemble automobiles here and manufacture a limited number of parts. He added.

Dr. Qureshi avoided providing pricing information, but highlighted that the Honda-E and Nissan Leaf, two vehicles in the same sector, are priced at $40,000 and $35,000, respectively, and that “the price of the Nur-E 75 will be lower than those.”

The car can reach a top speed of 127 km/h during testing and requires eight hours to fully charge. Meanwhile, it can run 210 kilometers when fully charged.