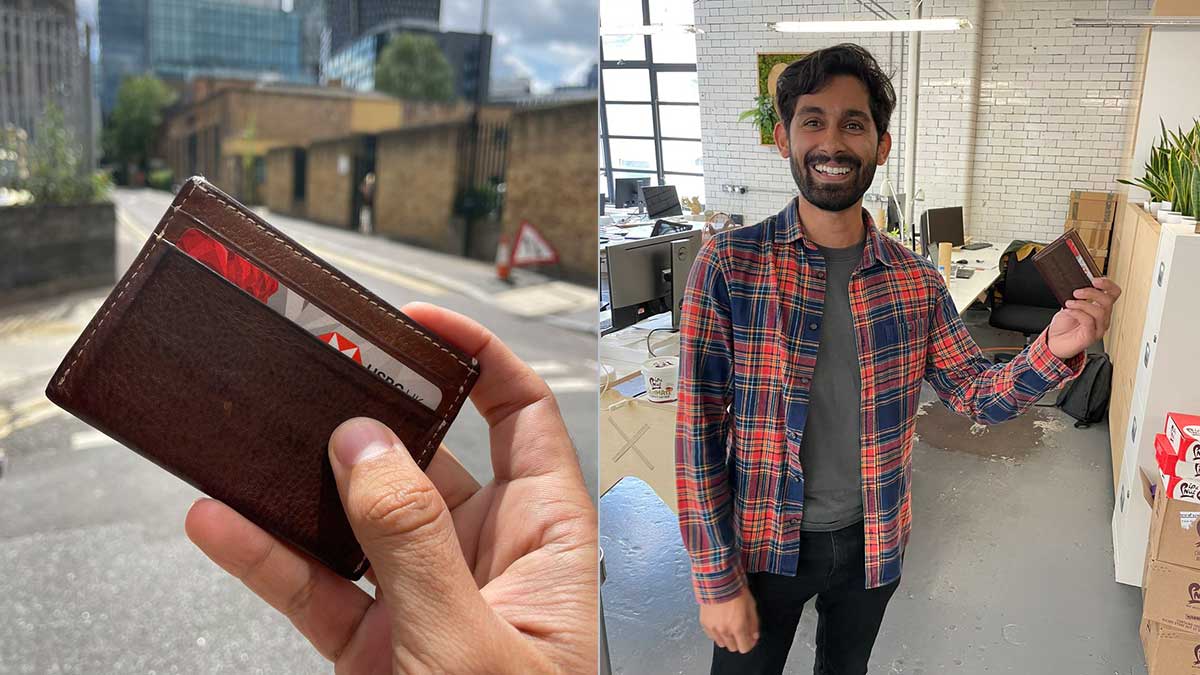 Ghazi Taimoor, a Pakistani born man has won the hearts of millions of people from Pakistan and India as he managed to track down an Indian, who lost his wallet on a busy street in London.

A chartered accountant and educationist from Lahore managed to track down an Indian, who lost his wallet on London Street. After his pious act, thousands of users from India and Pakistan showered praise on Ghazi Taimoor for his Bollywood-style hunt for ‘Rahul’ across the streets of London. He successfully found the honor of the wallet at his workplace and returned his wallet with his bank cards and important documents.

While speaking to the media, Taimoor said he was overwhelmed by the emotions and the positivity his act had spread across the two nations.

Ghazi Taimoor went viral on social media after he posted a live thread on Twitter, explaining how he managed to track down the owner of the wallet after going through it, adding that that there was no clue and no contact information in the wallet he had found.

Name on the bank card suggests the wallet belongs to a Rahul R******. Time to HUNT RAHUL DOWN.

After failing to find Rahul on prominent social media platforms, he turned to LinkedIn and found three ‘Rahuls’ of the same name – with only one Rahul working in London. “LinkedIn says Rahul works for a UK Food and Beverage company. Has to be him!” Ghazi wrote.

However, finally, Ghazi found Rahul at the company, who was shocked that he had lost his wallet and that someone had turned up with it. ”He’s in shock. Tears in his eyes,” wrote Ghazi, sharing a picture of the wallet owner smiling from ear to ear after receiving his lost possession.

Taimoor is the Head of Professional Education at Lahore University of Management Sciences (LUMS) School of Education. The Harvard University graduate spends every summer in London, where he used to work as a chartered accountant (CA) at the KPMG firm and spends the rest of the year in Lahore at LUMS University.