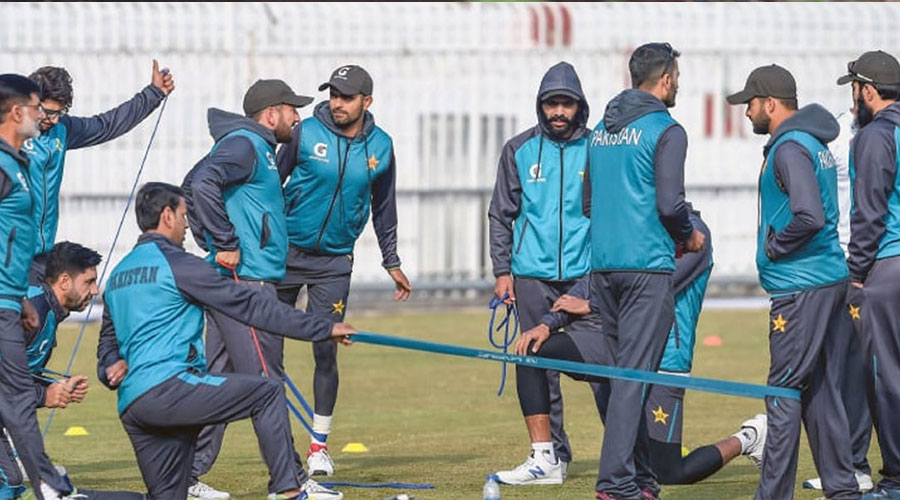 The Pakistan Cricket Board planning to bring back its cricketers to training was finalized but it will still take some time due to some technical problems as it requires more time to prepare a biosecure environment to make sure every player is safe.

As per the instructions of PCB’s medical board to staff and players will be training in an organized environment. At the start, it was decided to bring down 25 to 30 players in the NCA Lahore, where the players will train in pairs from June onwards. In the next step the players will move towards Gadaffi stadium for more three weeks of training which includes more players and then through that camp players will be picked up for the England tour which is expected to be held in July.

In the NCA only 21 rooms are available to facilitate the squad and another thing is no one will be able to leave the site. Another issue in this is the bowling coach Waqar Younus is in Australia while Physiotherapist Cliffe Deacon is in South Africa but PCB is optimistic that everything will work.

The selection committee also did its part of the work by preparing the list of players who will join the camp. Entry will be granted to the negative tested COVID-19 players.

Pakistan Cricket Board has not contacted the government officials regarding back to work policy but they are following the experts advice regarding the biosecure environment and guidelines that were put forward by the World Health Organization. The ICC guidelines will also be integrated into the plan.