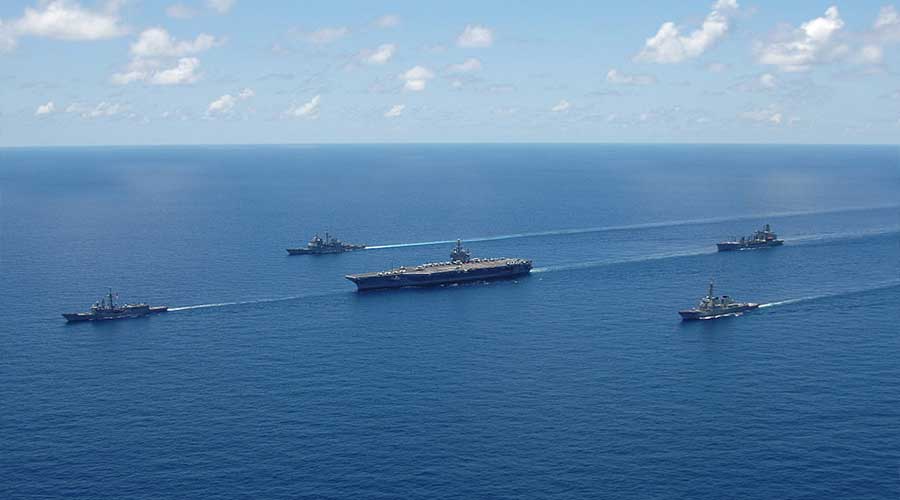 Pakistan is going to host navies from 45 countries, including the United States, China, and Russia, for the largest multinational maritime exercise ‘Aman 21’ in the North Arabian Sea later this month.

On Monday, Pakistan announced the 7th exercise of the series that is held every two years since 2007. This is happening for the first time in a decade that Russian naval ships have attended drills with multiple NATO members.

Britain, Turkey, Bangladesh, Sri Lanka, Indonesia, Malaysia, and countries from the African Union are also among participants of the military exercise under the banner, “Together for Peace”.

According to officials, the biannual multinational ‘Aman’ exercise in Pakistani waters is aimed at fostering international cooperation to fight piracy, terrorism, and other crimes threatening maritime security and stability.

Rear Adm. Naveed Ashraf, commander of the Pakistani fleet, said on Monday that, “Exercise AMAN 21 is about bridging gaps and making it possible to operate together in the pursuance of common objectives.”

An official statement quoted him as saying that participating nations will attend the military drills with their “surface and air assets, special operation forces and maritime teams.”

“Pakistan considers that maritime security is not just important for itself but for all other countries whose prosperity and progress are strongly bonded with the seas,” said Ashraf emphasizing that extraordinary dependence of Pakistan on the seas for trade and operationalization of infrastructure projects developed with China’s financial and technical assistance “make the maritime stability” an “important agenda of our national security.”

The last time the Russian navy conducted joint military drills with NATO members was in the “Bold Monarch” exercise in 2011, which took place off the coast of Spain. NATO’s relations with Moscow have since worsened over Russia’s annexation of Ukraine’s Crimean peninsula in 2014.