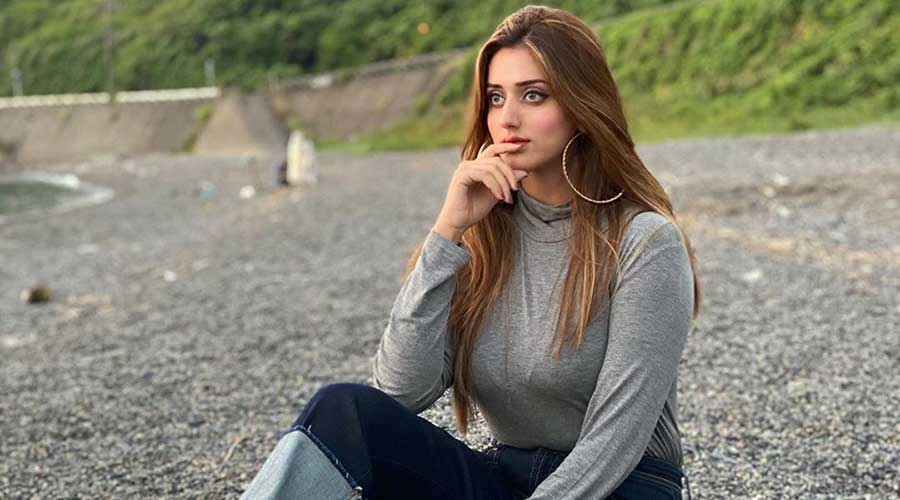 The prettiest and most popular TikToker Jannat Mirza has announced, she is quitting the popular video-sharing platform TikTok. According to her, TikTok account with 8.5 million followers is shadow banned and it was once banned and later she started losing her followers with fewer likes on her videos.

The queen of TikTok miss Mirza has captured millions of hearts by her lip-synching videos in the TikTok world. She worked beside TikTok too where she worked with Saima Noor and her work is still expected to come on screen soon, also she acted in the latest songs. She once told that she was offered a Bollywood movie with Kartik Aaryan that she directly refused because her family did not permit.

She is also expected to play the lead role in a Pakistani film directed by Syed Noor the film will shoot in a village and veteran actress Saima will also play the role of her mother.

However, recently Jannat Mirza took to Instagram to disclose the reality behind her decision of quitting the TikTok account that has been ghost-banned by the app. She shared that she witnessed a major drop in the number of followers as well. The TikTok star said that she will quit soon. She’s disappointed at how all her content has been put under review as she shared screenshots of the messages.

People love her and support her, no one wants her to quit this platform but due to her accounts problems, she has been compelled to do so.
On the other hand, she has been recently spotted in Japan where she along with her TikTok partner Alishba Anjum seemed shooting short video clips which she has been posted on her TikTok account.