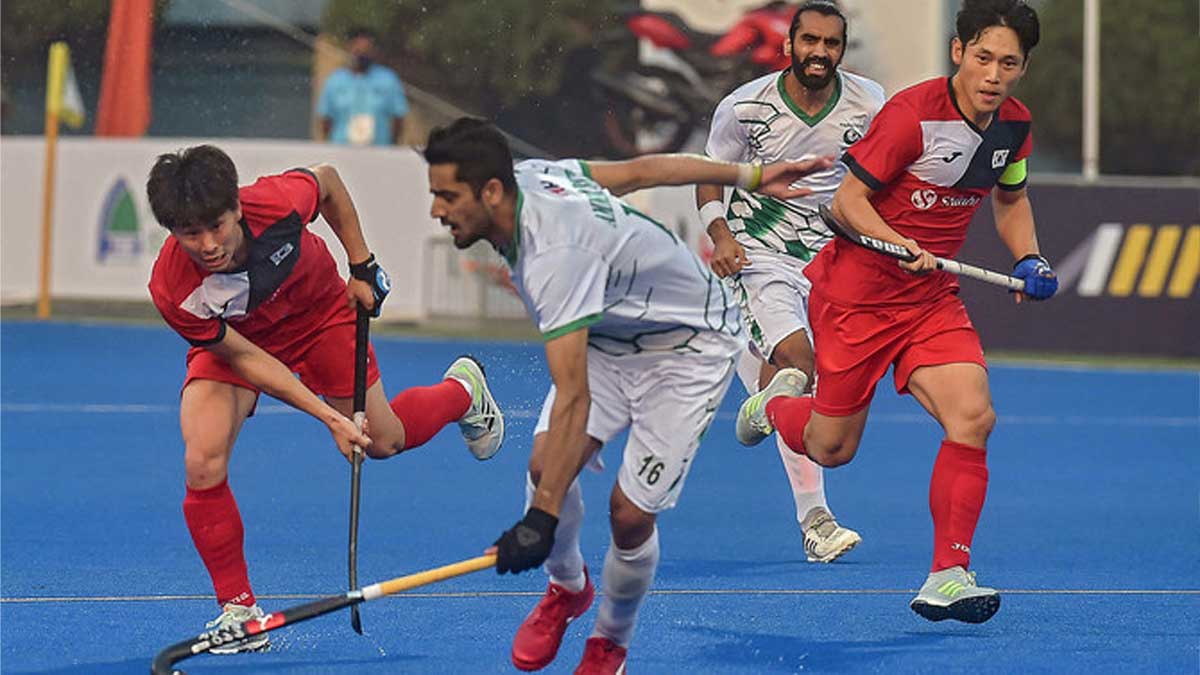 In Dhaka, both the defending champions of the Asian Champions Trophy, Pakistan and India, were defeated in the semifinals.

Pakistan’s failure is the first time their team has failed to qualify for the final since the competition began in 2011.

After a difficult and exciting match, Korea defeated Pakistan 6-5, while Japan defeated India 5-3 after completely dominating the first 50 minutes of play, leading 5-1.

“It’s sad for us because we scored more field goals,” Pakistan captain Umar Bhutta said after the game, referring to his team’s four field goals compared to the South Koreans’ one. “We had a good game, but we were harmed by the two goals we gave up from penalty corners.”

Meanwhile, Japan defeated India 5-3 in the second semi-final, securing a position in the final against South Korea.

This is the first time Pakistan has failed to qualify for the final since the tournament’s existence.

In the 2018 edition of the ACT in Muscat, Oman, they were co-defending champions with archrivals India due to poor weather circumstances that prevented the match from taking place.