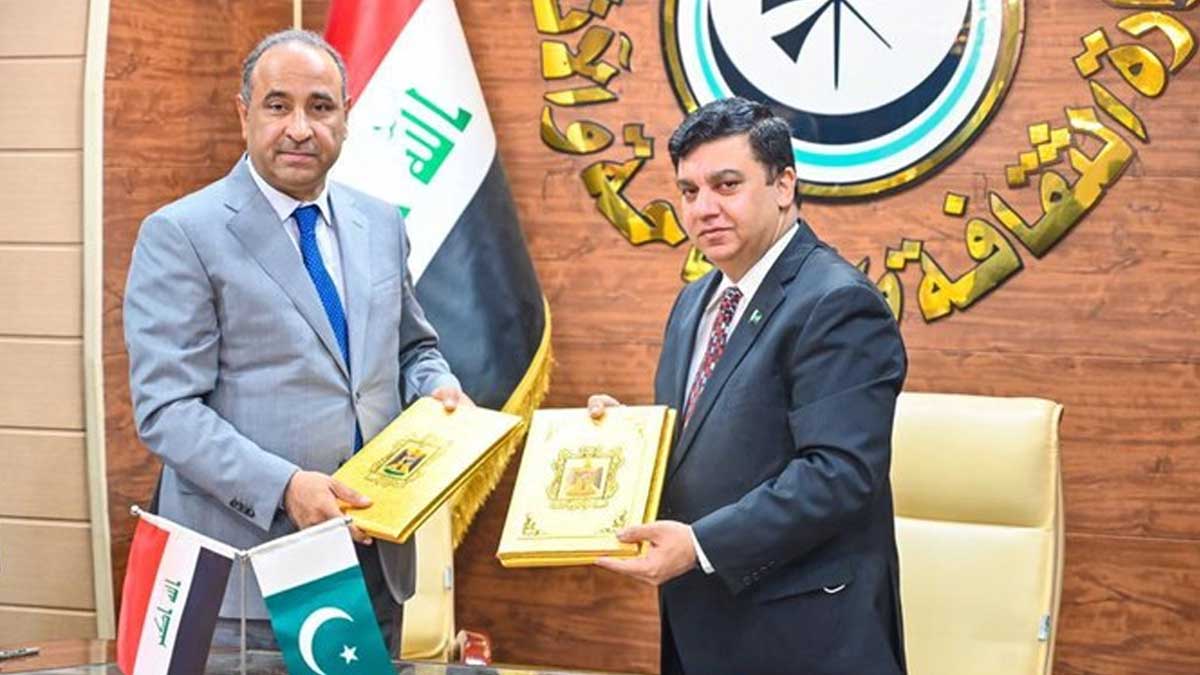 In order to promote tourism, Pakistan and Iraq have signed a Memorandum of Understanding (MoU), will help reinforce people-to-people linkages between the two countries.

According to the statement issued by the Foreign Office, earlier, Pakistan, Iraq signed an MoU of promoting tourism in a meeting held on Wednesday where Iraq’s Minister for Culture signed the memorandum. Hassan Nadhem, and Islamabad’s envoy to Baghdad, Ahmed Amjad Ali were also present there to promote and facilitate bilateral tourism cooperation.

The MoU will promote and facilitate cooperation and collaboration in the field of tourism between the two brotherly countries. The signing of the MoU is another manifestation of the efforts of both countries to strengthen and diversify bilateral collaboration across diverse fields.

It is important to mention here that bilateral cooperation between Pakistan and Iraq received significant boost with a number of Ministerial level visits exchanged last year, in particular the visit of Foreign Minister Makhdoom Shah Mahmood Qureshi, which was reciprocated by Foreign Minister Fuad Hussein.

The statement says, “It will also help reinforce people-to-people linkages between Pakistan and Iraq. Pakistan is also engaging actively with the Iraqi side for facilitation of Pakistani Zaireen to Iraq,” it said, adding that the deal is a manifestation of efforts to “strengthen and diversify bilateral collaboration across diverse fields.”

“Pakistan remains committed to deepening and broadening its fraternal ties with the Republic of Iraq.”

Last year, the bilateral ties have lately received a boost with a number of ministerial-level exchanges.

In August, Iraq’s Foreign Minister Dr. Fuad Hussein visited Islamabad to discuss ways to strengthen bilateral relations. During that visit, a memorandum of understanding on “Bilateral Political Consultations” was signed so that regular consultations on bilateral, regional and international issues could be held between the two nations.