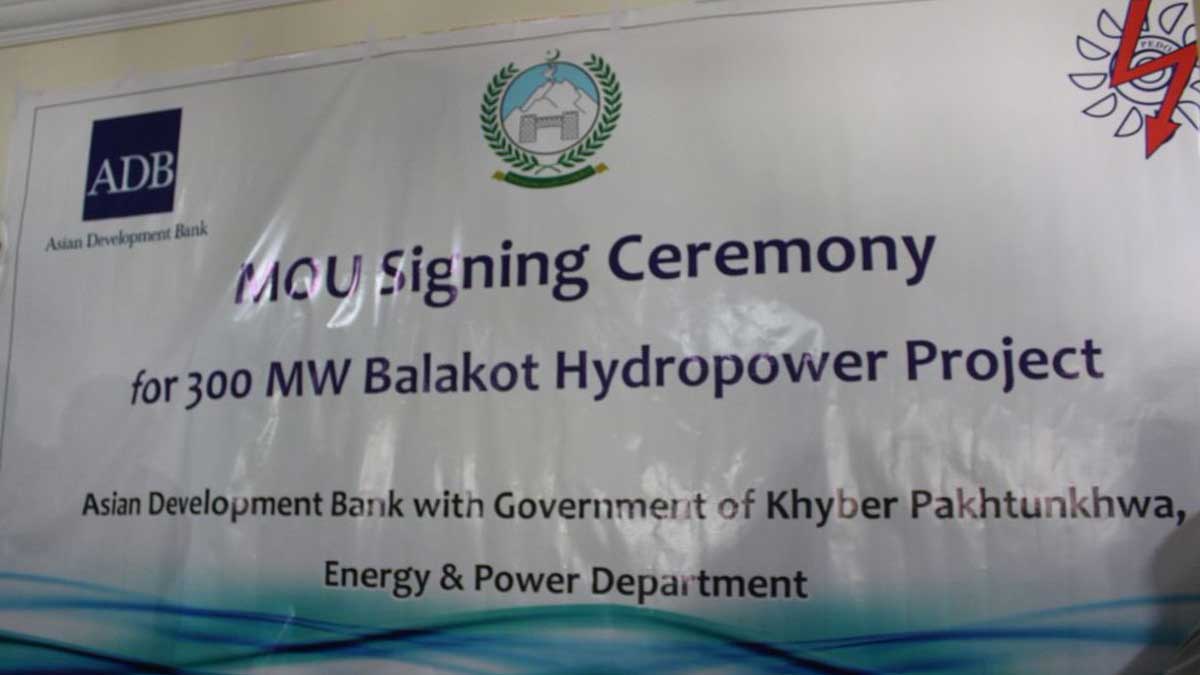 The Government of Pakistan and ADB signed the financing agreement for the construction of 300 MW Balakot Hydropower Project on Friday during a signing ceremony. The loan agreement for the project was signed which was approved by the ADB on 30th March.

According to the financing agreement, ADB would provide a loan of 300 million US dollar at highly concessional rates for a period of 27 years including a grace period of seven years, said an official handout.

“As Pakistan’s largest development partner in the energy sector, ADB has been supporting Pakistan as it aims to build its renewable energy resources and cut its heavy dependence on fossil fuels,” said Zhukov.

“The hydropower project will play an important role in helping to advance this objective. ADB will continue to support Pakistan to diversify its energy sources, implement critical reforms, increase energy security and grow the share of clean power in its energy mix.”

Moreover, the Balakot hydropower project will not only generate economic activity rather it will also improve the skills of local communities.

Total cost of this project is $755 million out of which ADB has committed to provide $300 million, while AIIB will provide $280 million.

Meanwhile, for this project, ADB would provide financing at highly concessional rates such as LIBOR (6-month) and 0.5 per cent per annum, currently 0.7pc per annum, for a period of 27-years including a grace period of seven years.

Mahmood khan said, “The project shows strong the commitment of the PTI government to address the challenges of climate challenges by producing clean and renewable energy in line with the vision of Prime Minister Imran Khan.”