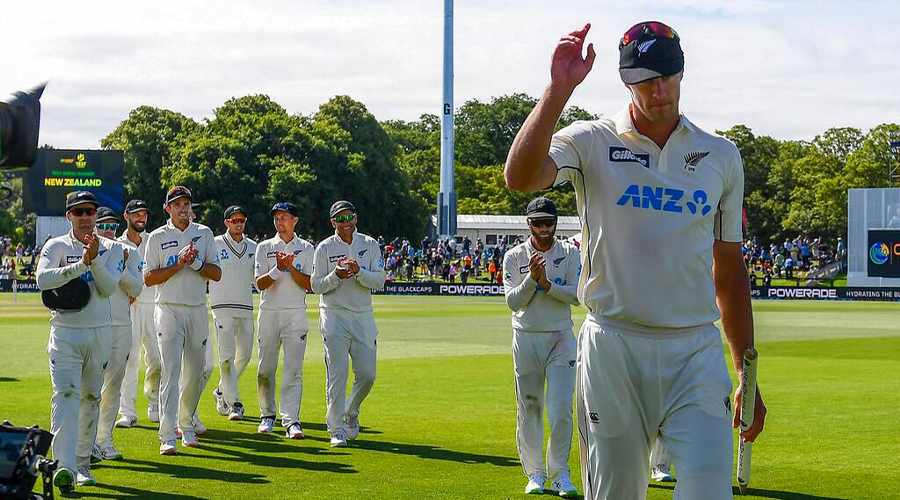 With a series win against Pakistan, New Zealand moved past Australia to attain the No 1 spot in ICC Test rankings for the first time on Wednesday.

Pakistan lost the second test match against New Zealand by an innings and 176 runs and it was the fourth day of the match.

After suffering a huge defeat in the second test match against New Zealand the senior management and players did not bother to face official press conference.

Pakistan lost the two Test match series by 2-0. The performance of Pakistani players was terrible in all categories.

Despite showing some resistance in the first innings with the batting, Pakistanis were outplayed in all segments with no fight shown by the team green.

In the first Test match, Pakistan fought hard, losing the match in the game’s dying moments. Fans were therefore hopeful of a solid showing in the second match of the Test series.

Pakistan’s first innings total of 297 gave the bowlers something to defend, but bad bowling and horrible fielding contributed to the loss of the plot by Pakistan.

The defeat is not new to cricket followers as Pakistan generally loses while having in the pole position and this time the same thing happened again as Pakistani players did not capitalize first innings and came under pressure and showed lack of ability, tenacity and planning.

The team management did not step forward to take responsibility for the Pakistan cricket team’s disastrous display and sent two youngsters to deal with the situation instead.

Whereas, Pakistani fans did not appreciate this improper behavior of the management and took their frustration on social media.