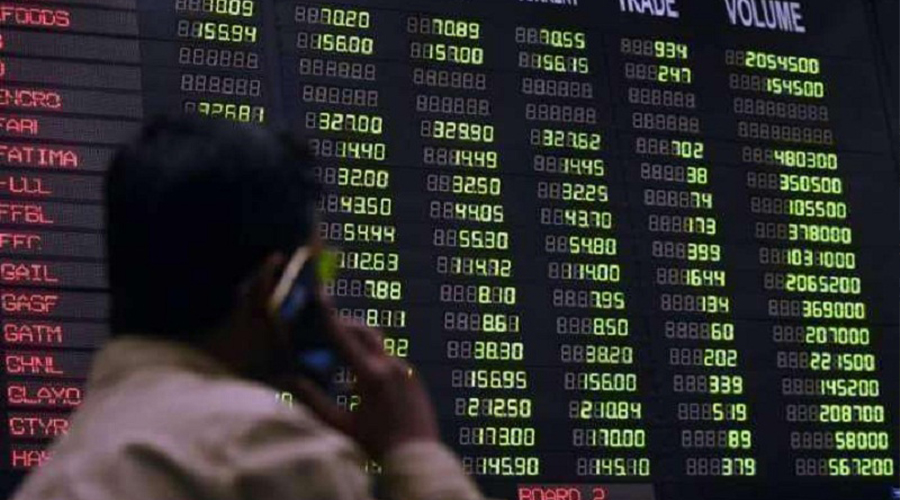 Pakistan Stock Exchange (PSX) crossed the 45,000 points mark in the KSE-100 index after a gap of three years with the share trade amounting to Rs 24.67 billion.

The index jumped a whopping 502 points in the daily trade before closing at 45,153 points as it continues to perform well in the market.

According to the sources, the federal government has offered a package to the independent power producers (IPPs) in a bid to clear Rs 450 billion circular debt, which has plagued the entire energy chain. The circular debt in the power sector stood at Rs 2.3 trillion by the end June 2020 against Rs 1.6 trillion during the same period in 2019.

Experts believe that the steep climb of the Karachi Stock Exchange 100 index was due to the announcement of the government of resolving the power sector’s circular debt issue and extending of amnesty scheme for the construction sector. The KSE-100 index saw an increase of 1,100 points in a single day after this announcement.

The government will be settling a circular debt of Rs 450 billion with independent power producers (IPPs) in three installments during the current year. The government also announced an extension in the amnesty scheme for the construction sector till June 2021. The scheme was scheduled to expire on December 31.

According to Saqib Hussain, a senior research analyst at Akseer Research, “The announcement to resolve the circular debt issue and the extension of amnesty scheme were the main reasons for the rally during the day.”

The last time the index hit these levels was way back in May 2018. Stock markets also tend to perform better during the first month i.e. January.