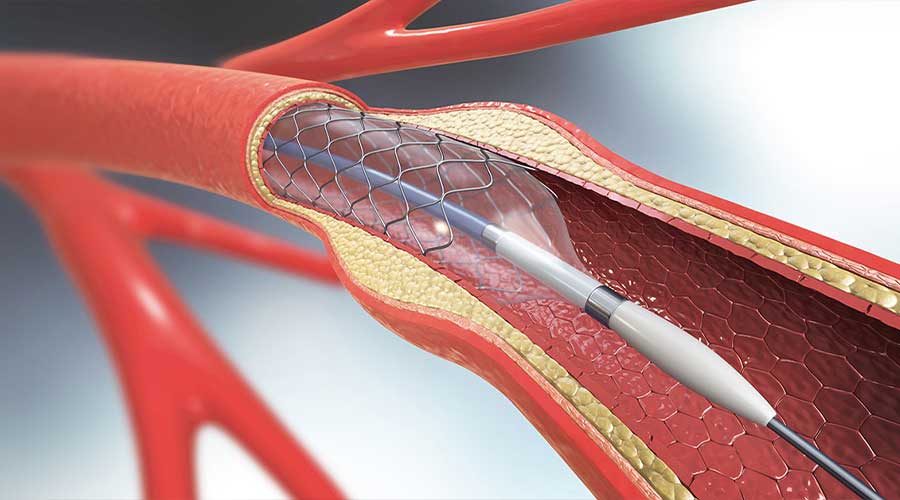 The National Institute of Cardiovascular Diseases (NICVD) has introduced a new brain stent implantation treatment for the first time in Pakistan for patients with paralysis stroke.

The National Institute of Cardiovascular diseases has given good news to the nation as now stents could be implanted as angioplasty for the patients of paralysis who are brought to the hospital within four hours after the stroke or transient ischaemic attack.

Prof. Nadeem Qamar, the Head of the hospital told the media that the faculty of the NICVD offered its services to open the complicated and sensitive process to open the closed veins of the brain. Only one hour is required for this operation. Through this way, the patients of paralysis will be saved from being permanently handicapped.

He added that this is very good news for the patients of paralysis that from 2021, the process of angioplasty will start. Angioplasty of 16 thousand patients of the heart is carried out in this hospital annually, the success ratio of which is 99%.

In Rawalpindi Institute of Cardiology, a stent has been implanted in the brain of a patient who was brought in acute precarious condition with suffering from paralysis stroke on Saturday. The surgeons of the Institute have created history by operating on the patient who had been facing serious threats but is recovering now at a satisfactory pace.

Prof. Nadeem Qamar further told that the preparations have been started for the heart transplantation in this hospital from next year. The ordinance in this regard has already been passed in the Senate. The ordinance is known as The Transplantation of Human Organ & Tissue Act 2010 according to which human organs could be donated after death.

Prof. Qamar said that within 6 months, the regular operations of heart transplantation will be started as a preliminary stage. He said that at the first stage, a mechanical device is placed in the body of the patient and this process is called Bridge to transplant (BTT), the patient is put under intensive observation and after some months, transplantation is carried out.