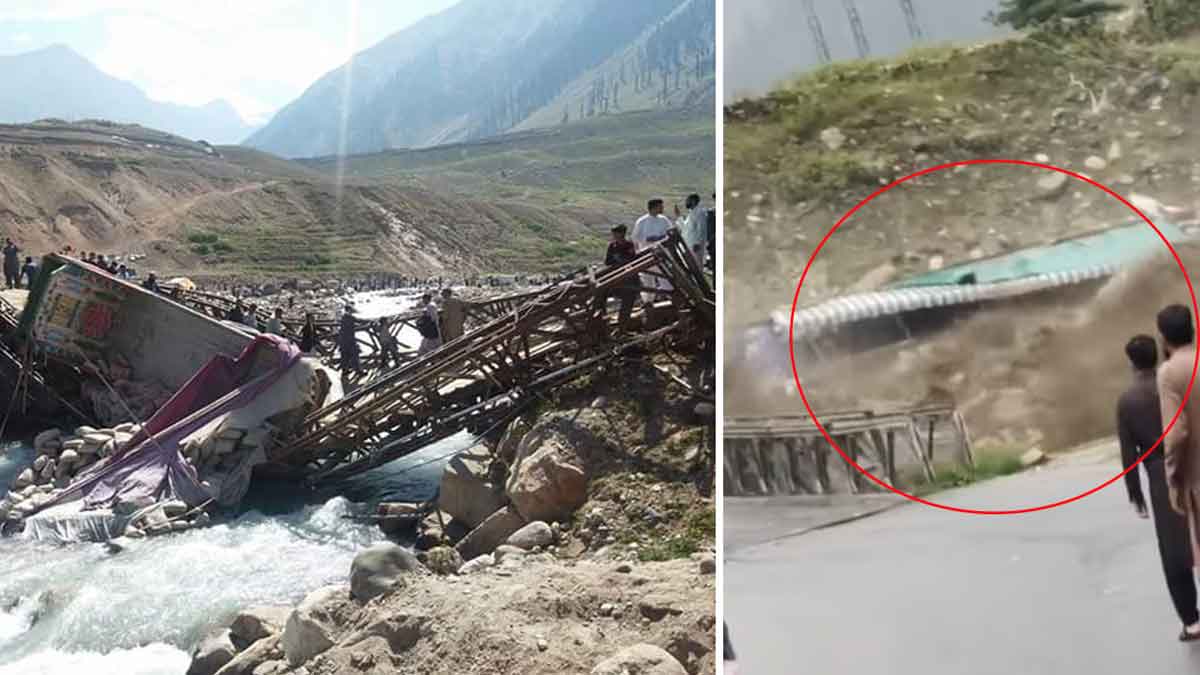 The National Highways Authority (NHA) started the restoration of the broken Battal Naran Bridge on Wednesday with the help of heavy machinery and also constructed an alternative temporary passage for vehicular traffic.

In this regard, an NHA spokesperson, while talking to the media, said, “Earlier last night all return traffic from Naran was stopped and now after establishing a temporary passage light traffic has been cleared including tourists”.

For the early completion of the restoration process, Federal Minister of Communications Maulana Asad Mehmood issued orders to the member of KP assembly Murshid Amin.

On the account of the prevailing cruel monsoon rains, a lot of damage has been caused all over the country. Floods are increasing day by day and the same happened in the Batal area three kilometers away from Naran.

According to the Spokesman of the National Highway Authority (NHA), great destruction had been caused due to flash floods on the bridge near Battal on Tuesday.

Further details revealed that all traffic returning from Naran had been stopped and the area had been cut off from the rest of the country.

Travelers were asked to stay overnight at nearby places, according to a press release.

Tourists were instructed to avoid going to mountainous areas because of bad weather conditions.

Moreover, an alternative road has also been temporarily prepared near ‘Achar Nala’ on the Karakoram Highway (KKH) between Chilas and Gilgit, an NHA spokesperson told the media.

The alternate route would ensure smooth traffic flow and address the issues faced by travelers adding that besides the light traffic, heavy traffic could also pass through the alternate route of Aachar Nala easily.

Before going on a road journey, travelers should be aware of the weather conditions and the state of the national highways, he remarked.