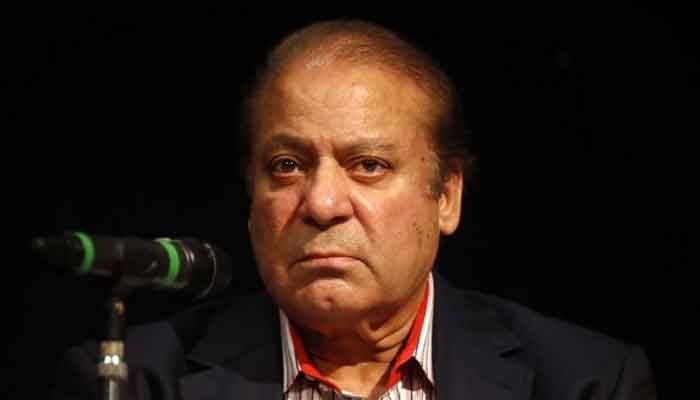 In his ongoing tirade against PTI government and powerful military establishment, Nawaz Sharif said that although we have got freedom from the colonizers yet we are now a slave of our own people.

On Wednesday, the meeting of the central executive committee of Pakistan Muslim League (N) took place in Lahore. The meeting was attended by Maryam Nawaz, Ahsan Iqbal, Shahid Khaqan Abbasi, Muhammad Zubair, and Raja Farooq along with other senior leaders. Different issues including Shahbaz Sharif’s arrest scenario, political strategy regarding the current situation, and future planning were discussed.

Nawaz Sharif addressed the meeting virtually. He said that the country’s Parliament had become a rubber-stamped. He had been told that somebody else was running that instead of the parliamentarians themselves. He asked how independent are you? Nawaz Sharif said although we have got freedom from the colonizers yet we are now a slave of our own people. Time is ahead when responsible people will be called to account. We have decided to live honorably and we are not going to lead the life in disgrace.

Nawaz Sharif while criticising PTI government and the establishment went on to say that nation has decided not to tolerate the tyrannies and there will be change not in years but in the months. Nawaz claimed that former ISI Chief Lt-Gens(R) Zaheer ul Islam had asked him to resign during the 2014 anti-government dharna. He said that he received a message in the middle of the night in which he was warned that there would be consequences if he did not step down and martial law could be imposed. “I said go ahead with whatever you want to do but I am not going to resign.”

While talking about the Prime Minister Imran Khan, Nawaz said that an empty-headed person had been brought to handle the affairs. He said that those who brought him to power must be regretting their decision but they are ones who should be called to account.

The former prime minister said that he was mournful over what had happened with Shehbaz Sharif. He said our children are being treated ruthlessly but whatever is happening, that is increasing our courage to fight against the circumstances.

Nawaz Sharif said he was proud of his brother, Shehbaz Sharif for facing the atrocities bravely. The former prime minister addressed the meeting on the day after opposition parties announced that they would stage their first rally under the banner of their newly formed alliance, the Pakistan Democratic Movement, on October, 11 in Quetta as part of their strategy against the present government.