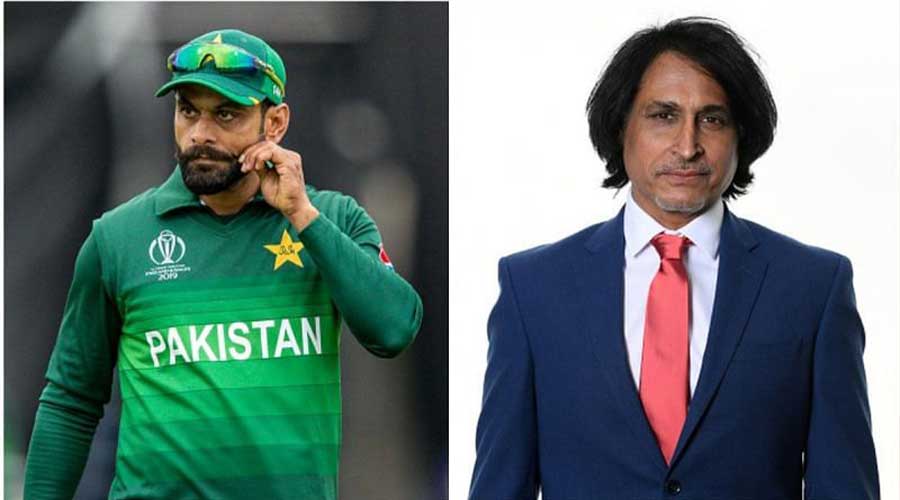 Pakistan cricket all-rounder Mohammad Hafeez has taken a dig at commentator Rameez Raja, saying that his 12-year-old son has far better ‘game awareness’ than that of former cricketer.

Senior player Mohammad Hafeez is enjoying his cricket for the past two years as he is playing match-winning innings in T20s and has transformed his game. Currently, he is one of the most important players for Pakistan in the T20 batting line-up but has been under critique by former Pakistani player and famous commentator Rameez Raja.

Rameez Raja had expressed his views that it is time for all-rounder Mohammad Hafeez to hang his boots.

However, Mohammad Hafeez also known as The Professor did not take the criticism well and while answering a question raised by journalist Saleem Khaliq about his opinion on Rameez Raja’s statement he said,

“I acknowledge Rameez (Raja’s) services for Pakistan cricket as a player. I respect his opinion but I have reservations over his cricketing sense and game awareness.”

“If you talk to my 12-year-old son, even his game awareness is better than Rameez bhai. If Rameez bhai wants to continue saying such things for promoting his YouTube channel, then I can’t stop with but I will continue playing for Pakistan as long as I’m fit and performing,” Hafeez said.

He also said that he will continue to play cricket at the highest level as long as he is performing and fit to play.

Mohammad Hafeez is a part of the T20 squad who travelled for Pakistan’s tour of New Zealand.

It is pertinent to mention here that on many occasions Mohammad Hafeez stated that he will retire on his own will and has hinted regarding his retirement after competing in the T20 World Cup next year.