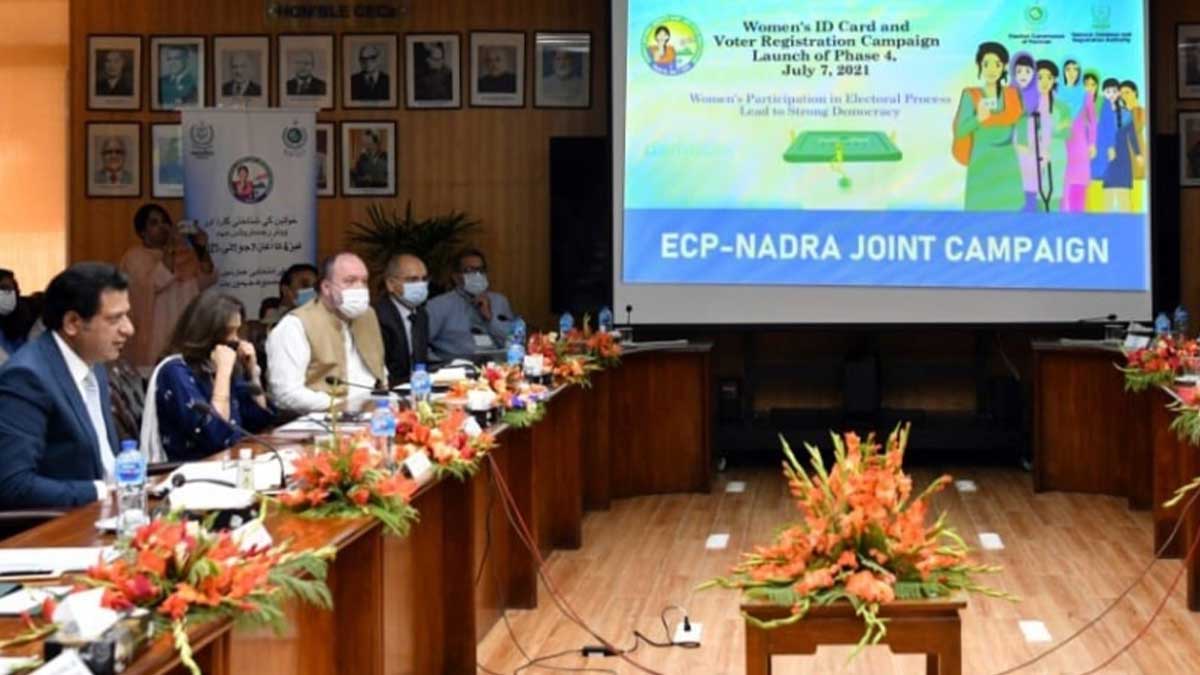 Around 80 districts have over 10 percent gender gap among voters, revealed National Database and Registration Authority (Nadra).

On Wednesday, Nadra chairman Tariq Malik, at the launch of the fourth phase of a campaign for women’s national identity card and voter registration held at the ECP secretariat, disclosed that there is more than 10 percent gender gap among voters in 80 districts, he added the authority will work with the Election Commission of Pakistan (ECP) to address the issue on a war footing.

He said that the gender gap was as high as 52 percent in Bannu district of Khyber Pakhtunkhwa. He added that 10.7 million women had been registered with Nadra since 2017 when the first phase of the campaign was launched. Moreover, 1.5 million of them were registered through the female NIC and voter registration campaign.

“Today we embark upon this campaign with extra zeal and motivation to not only register women, but to empower them for their more constructive role in our national policy making,” he said.

He further shared details of the measures which were put in place to reduce the gender registration gap, “the first time registration with Nadra would be free of cost for citizens, while Nadra would observe Friday as women’s day across the country.”

At least 258 Nadra registration centres were operational for this very purpose. There were 10 mega centers working 24/7 while 53 centers were operating with double shifts (each spanning over 8 hours) to register women.

According to Mr Malik, “Nadra has a balanced ratio of female employees with over 93 percent of centres having female staff. He said women would be preferred for employment in Nadra”

“However, in order to increase Women Registration, Nadra and ECP are planning to establish 1x dedicated desk for fresh registration of women.” he said.