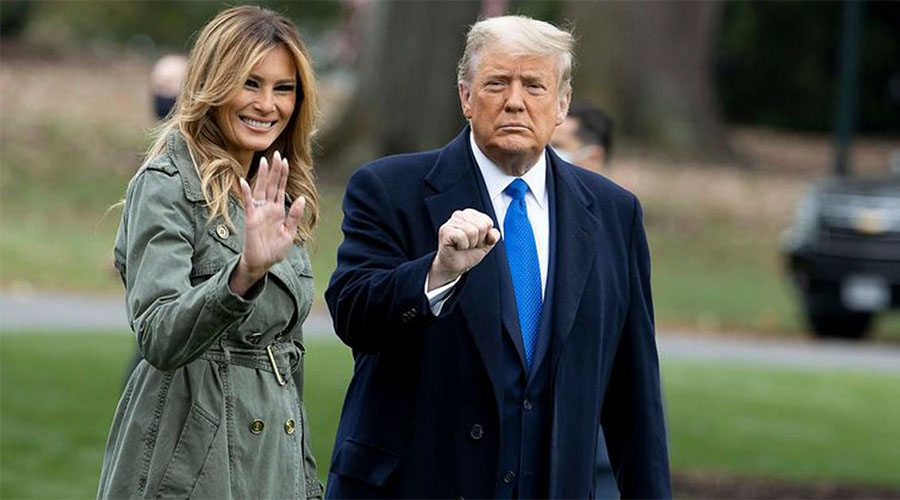 The First Lady of the United States (FLOTUS) Melania Trump is reportedly thinking about writing a tell-all biography as she is ready to leave the White House, and rumors are circulating that she is considering divorcing Donald Trump.

As per rumors, the first lady does have a chance to earn her own money from the book, if she decided to pen her feelings and experience during her stay in White House.

Page Six an American publication platform learned from a source that “Melania is in meetings to write her White House memoir.

“And it would be her money – a chance for her to earn on her own.”

The source revealed that her husband Donald Trump is encouraging her to write an autobiography.

Previously, Barrack Obama’s wife Michelle Obama had also written down a book “Becoming” back in 2018, when Obama’s tenure ended. The book written by Michelle Obama sold 10 million copies in its first five weeks.

As per source, Melania Trump’s tell-all book could be worth “big money”.

Melania counting days till the end of Trump’s presidency to divorce him: sources

The former advisor to Trump Omarosa Manigault had claimed that the 15 years marriage between Donald Trump and Melania Trump is over, as Melania is counting days until they move out of the White House and she can divorce.

Melania is waiting for her husband to leave office as she does not want to humiliate the sitting president. “If Melania were to try to pull the ultimate humiliation and leave while he’s in office, he [Donald Trump] would find a way to punish her,” the report had cited former advisor.

Apart from this, another former aide, Stephanie Wolkoff, a senior advisor to FLOTUS Melania Trump revealed that both have separate bedrooms in the White House and a “transactional marriage”.

Despite frosty moments in public, Melania who is 50-year old claimed she has “a great relationship” with her husband who is 74 years old.