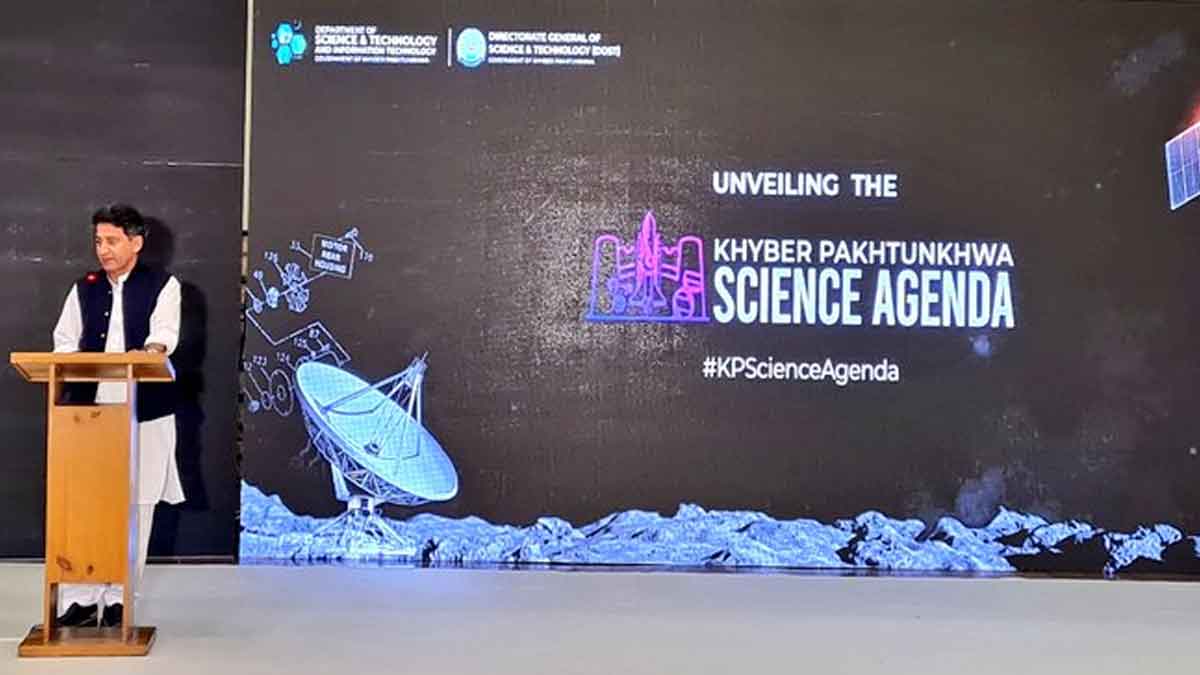 Khyber Pakhtunkhwa Science Agenda is the biggest science based program in the history of the province to sponsor research and development (R&D) across several areas of science by supporting innovators and students.

In order to “renew the commitments towards uplifting in science literacy, excellence in scientific research and catalyzing innovation, all towards bolstering the national economy and elevating the society,” over 200 leaders from universities, research institutions, startups, industry, the development sector, and the government gathered to attend the launch.

We want our experts to concentrate on three upcoming fields—advanced materials, biomedicine, and space sciences—where KP hopes to establish itself. Atif Khan, a senior minister in charge of science and technology, IT, food, and youth affairs, said, “But I also want them to remember the uplift of the eight key natural resources that our province has been blessed with, including areas like gemstones, bees and honey, micro-hydal power, and fruits.”

“This Agenda is special because it is the first time, we are introducing a thorough, end-to-end plan for science that touches all aspect of our science enterprise.” To be able to build a critical mass of talent and infrastructure in the province, we also narrow our attention to a select few important areas.

Only then can we start to create solutions that will replace imports and evolve into experts for the province and the country, according to Dr. Faisal Khan, a renowned scientist in the province and an Oxford graduate who serves as the Minister’s advisor.

The Director General for Science and Technology, Mr. Sajid Shah, said, “We are very grateful to have had a notable increase in development funds this year unmatched by any year in the history of DOST, and we are going to make sure that these programmes are implemented rigorously under the leadership of the Minister.