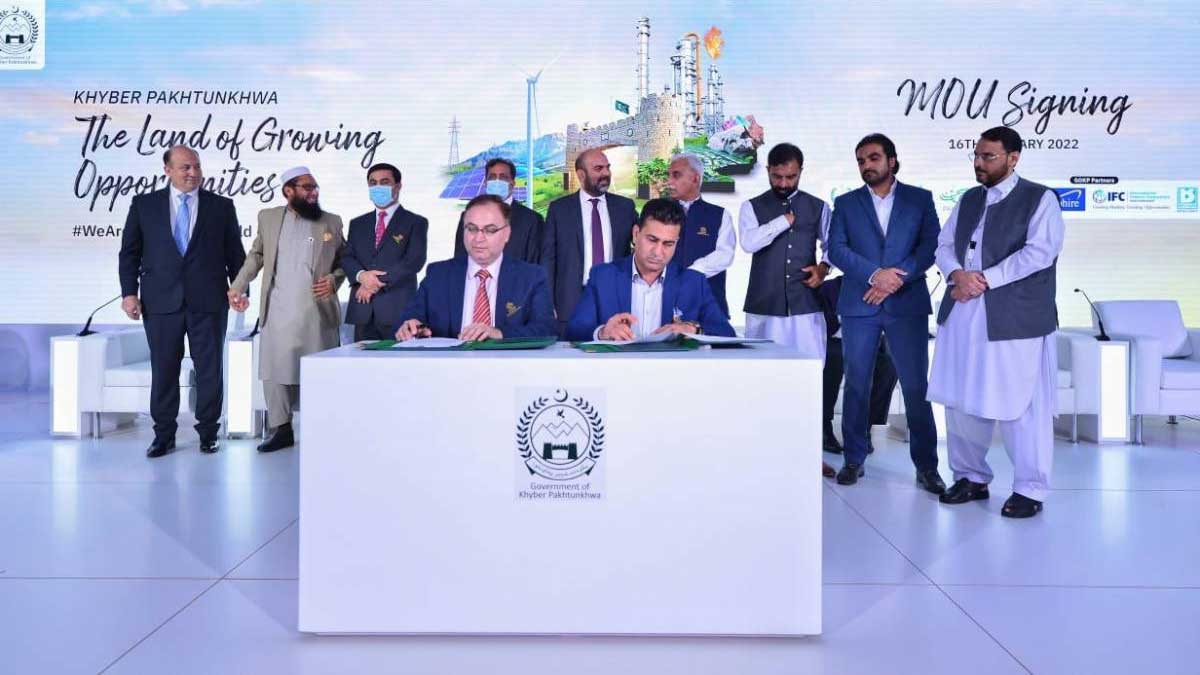 The government of Khyber Pakhtunkhwa (KP) signed 44 agreements worth more than $8 billion at the Dubai International Expo 2020 to attract foreign investment, improve infrastructure, and boost hospitality and tourism in the province.

The memorandums of understanding (MoUs) were signed in Dubai during the Khyber Pakhtunkhwa Conference, which had the theme “Land of Growing Opportunities.”

Investors from the United Arab Emirates, Pakistan, and China have committed to investing in integrated tourism zones, special economic zones, and industrial cities throughout the province.

According to KP Dr Hassan Daud Butt, Chief Executive Officer of the Board of Investment, initiatives in tourism, energy and power, solar energy, livestock, infrastructure, and water sports drew investment from the business community.

According to Dr. Hassan Daud Butt, the KP administration was able to gain the confidence of the business community in order to spend more than $8 billion in tourism, energy and power, and other projects.

Taimur Saleem Jhagra, the KP Minister of Finance, addressed the conference and urged investors to the province for greater dividends and returns. He expressed the expectation that KP may become a major international tourism destination.

Shoukat Yousufzai, the Minister of Culture of Pakistan, has indicated categorically that the government will adhere to these Memorandums of Understanding and will fully implement the investment commitments.

According to Shoukat Yousufzai, KP will give a commerce route to Central Asia via Afghanistan. A calm Afghanistan, he believed, would lead to more investment prospects in the region.

Afzal Mahmood, Pakistan’s Ambassador to the United Arab Emirates, praised the KP government for its strong participation in the Pakistan Pavilion at Dubai Expo 2020, where the province showcased initiatives that would be beneficial to investment in the province.

The investment conference was part of a series of events conducted by the government of Khyber Pakhtunkhwa at Dubai Expo 2020 to promote the province’s investment potential.