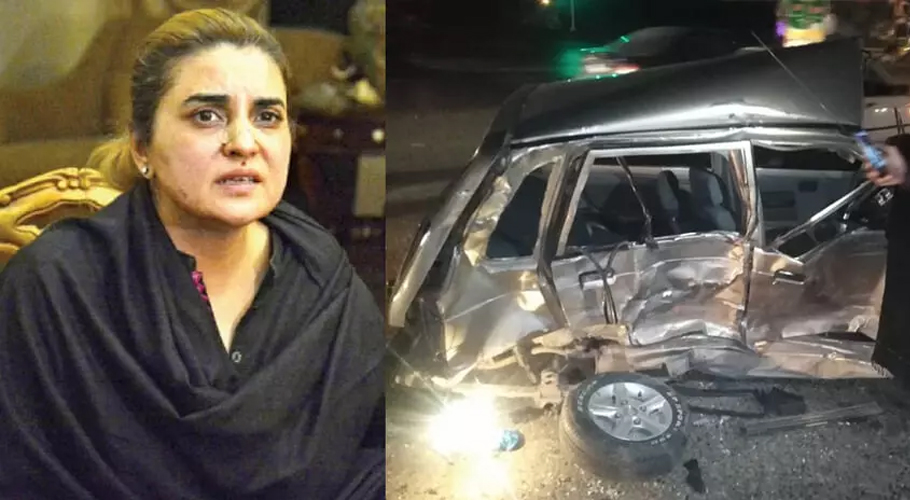 Refuting the federal ombudsman’s claims, the survivor of the Islamabad accident Mujib ur Rehman said in a video message that Kashmala Tariq’s son Azlan was driving the car.

The surviving accident victim has appealed to Prime Minister Imran Khan to do justice in the matter and according to the latest development on the matter, the capital city police has decided to summon both the federal ombudsman and her husband Waqas to question them on the case.

Four people were killed in a car crash in the capital on Monday night after a four-wheel drive, allegedly driven by the son of federal ombudswoman Kashmala Tariq, crashed into another vehicle on Srinagar Highway.

The tragic accident took place at the G-11, Islamabad traffic signal. At around 11’o clock at night, vehicle No WX-077 hit a car, four persons who were riding in it died at the spot. The four friends who had come to Islamabad in the Mehran car to appear in an interview for the job in the Anti-Narcotics Force (ANF) from Manshera. The names of the dead were Anis Ahmad, Farooq Ahmad, Hayder Ali, and Malik Adil.  A motorbike rider was also badly injured.

Police arrested the driver of vehicle No.WX-077. The name of the driver is Riaz who admitted to being the driver of that jeep. He admitted that the speed of the car was 100 km/h. To him, the signal was not yet red and he was of the view that he could cross it but Mehran moved ahead therefore, the tragic incident took place.

The dead bodies of the four persons were handed over to their families after the postmortem. Police arrested Kashmala Tariq’s husband while her son and others who were in the convoy fled the scene. A spokesperson said that action would be taken against those responsible for the incident in accordance with the law.

In a statement, the former lawmaker explained, “My son’s pictures are being broadcast and shared everywhere when, in fact, he was riding in the car behind us. If in any way, this was our fault or had we been driving, then we bring our hands together to apologize.”

“I have no words. Please don’t misreport and show what is true.” She explained.

“We were traveling in two vehicles. We left Lahore around 7 pm yesterday and crossed the toll plaza at around 10:30 pm. My husband and I were in the same vehicle. As we reached the Kashmir Highway, we experienced a sudden shock and push and got injured. The driver was unable to control the car. It was a terrible accident. My son was in the car behind us. I don’t understand what kind of media trial is this. The CCTV video of the accident should be shown.”

She expressed her feeling by saying that she was upset over the loss of lives of the children who were in the car which was hit by her car.