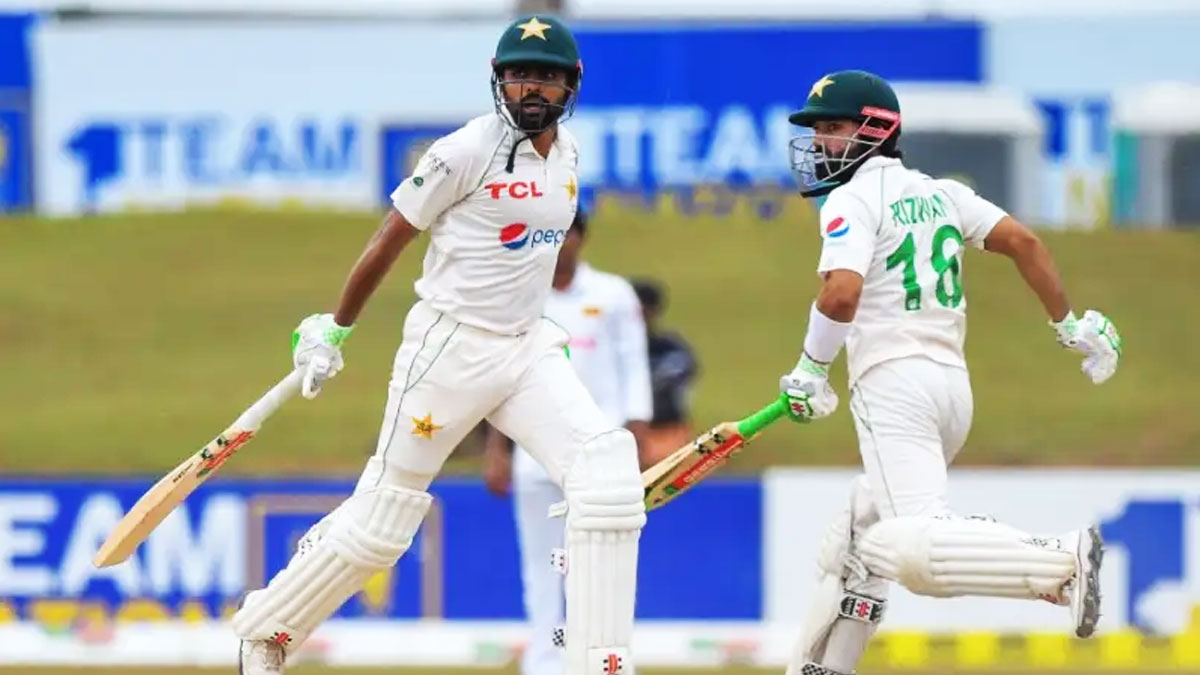 On the fifth and final day of the second Test against Pakistan in Galle on Thursday, Sri Lankan spinners Prabath Jayasuriya and Ramesh Mendis combined for nine wickets, helping the hosts to a 246-run series-leveling victory.

Pakistan, who had been given a record-high total of 508 to win the two-Test series 2-0, was bowled out for 261 in their second innings despite starting the day on 89-1.

In only his third Test match, Jayasuriya picked up 5-117 for his fourth five-wicket haul. Mendis, who had five wickets in the first innings, contributed effectively with another four.

After batting brilliantly in the fourth innings at Galle last week, Pakistan entered the final day with nine wickets in hand. However, with the light expected to fade in the afternoon once more, Pakistan would likely need to play out the match over a little more than two full sessions.

However, other from a third-wicket partnership of 79 runs between Babar Azam and Mohammad Rizwan, they were unable to fend off Sri Lanka rogue spinners in the series. Prabath Jayasuriya, who may be the best finding of Sri Lanka’s domestic season, recorded his fourth five-for in six innings in a Test match by taking 5 for 117. Ramesh Mendis, who had a five-for himself in the opening innings, collected 4 for 101.

Together, they have taken seven wickets for 85 runs while bowling continuously since before lunch.

Fawad Alam, one of the batters, had been run out, though this had also been a result of the pressure these two had put on the game.

Babar, who had previously overturned a lbw against him on 34, hit the most runs with 81 off 146 balls. The crucial moment occurred just after lunch when Jayasuriya bowled a straight delivery to get him out leg before wicket.

But Sri Lanka and the pitch suddenly came to life in the final 30 minutes before the interval. Chances were being made, balls were missing enthusiastic close-in fielders, and Pakistan was under intense pressure all of a sudden.

Captain Babar Azam top-scored for Pakistan, who won the opening Test at the same venue by four wickets, with a resolute knock of 81.