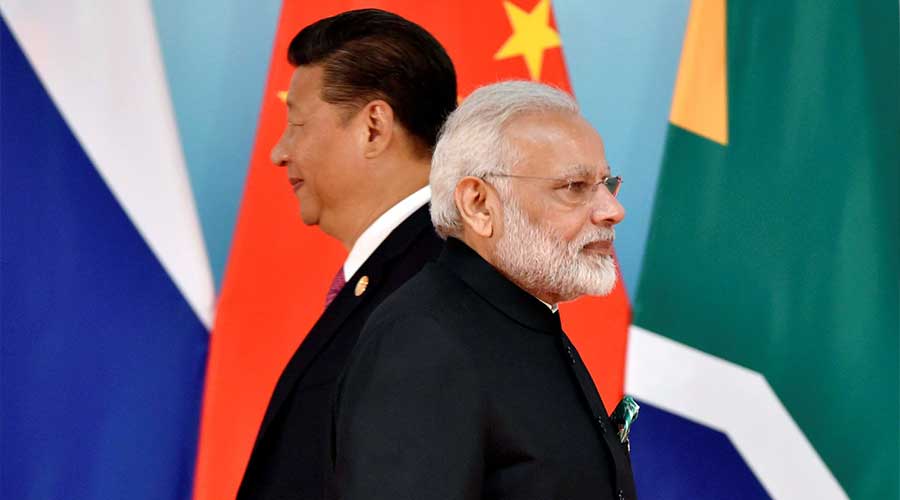 India and Japan have finalised an agreement that provides for cooperation in 5G technology, artificial intelligence and an array of other areas.

Due to rising issues with Chinese technology, India and Japan are set to collaborate on the telecommunications and digital infrastructure to confront Beijing, revealed by Japanese officials.

Japanese minister Ryota Takeda and India’s IT minister Ravi Shankar are expected to sign a contract that involves ventures worth hundreds of millions of dollars, during a virtually organized meeting this month.

According to officials, the two governments will join hands to introduce 5G wireless networks and India will be getting submarine fiber-optic cables and other vital technologies from Japanese companies.

On the other hand, Japan will receive assistance from India in developing professionals well versed in digital technology.

The augmented support between Japan and India on 5G and AI comes when tensions are all time high with China after a fierce face-off among Chinese and Indian troops in Eastern Ladakh on 15 June.

Since then, India has banned over hundreds of Chinese mobile applications due to security reasons. Huawei 5G plan was also a victim of the clash and saw a rollback.

Earlier this year, the Indian information and technology minister gave permission to assign 5G spectrum on a trial basis, but the moment tension soared with China over disputed territories, ministry sources said that “Huawei is out of all, no 5G trial will be for Huawei”.

According to Indian media the trials will be delayed as clearance is still pending from Home Minister.

Meanwhile, Indian is also looking for 5G corporation with the US. In October, Greg Kalbaugh, the deputy undersecretary for policy at the US’ International Trade Administration, stated that he realizes the Indian market as a tremendous opportunity to escalate assistance between American and Indian corporations as the world moves towards 5G.