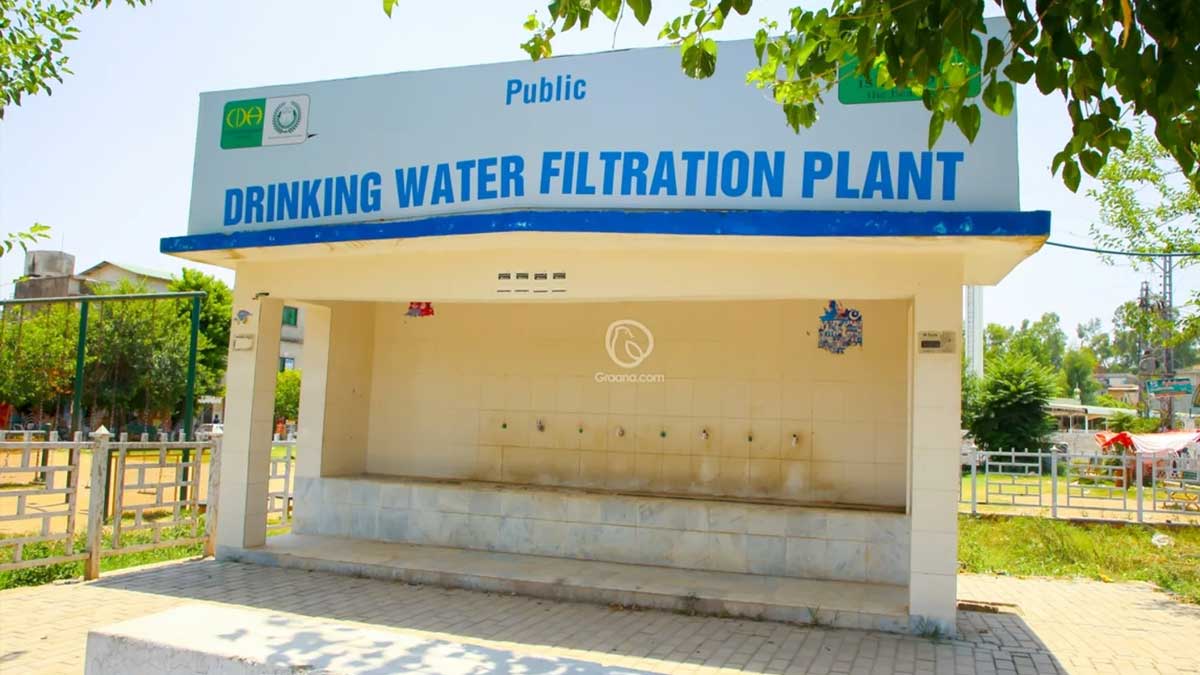 The Capital Development Authority (CDA) is taking constructive steps for the provision of clean drinking water in the federal capital. In this regard, 18 more filtration plants have been included in the system with the intention to provide clean drinking water to the people of Islamabad.

These 18 filtration plants have been set up in the I series, G series, and F series.

Sources further said that tests of water supplied from all drinking filtration plants are done on a regular basis through CDA and PCRWR laboratories so that clean drinking water can be supplied to the citizens following hygiene norms.

Moreover, all filtration plants are open round the clock so that citizens can get clean drinking water at their convenience.

Likewise, an inactive water filtration plant in the Korang area was also made operational which led to the addition of about two million gallons of extra water to the water system network, the CDA chairman said, adding, that there has also been a major increase in water supply and pressure in the area.

The authority through different measures has overcome the water shortage issue, he remarked, adding that earlier there were about 350 daily complaints but nowadays they have been reduced to 150.

“CDA is supplying water regularly as per available sources and the Wing has increased two (2) million gallons per day of water on directions of the Authority’s Chairman,” a CDA official noted.

“With better water management during winter, we have saved sufficient water in the reservoir by rationing. Now we have enough water sources in the dam till the next monsoon. Also saved about 10 MG per day water by removing leakages and replacement of profusely leaking lines in a year,” the official maintained.