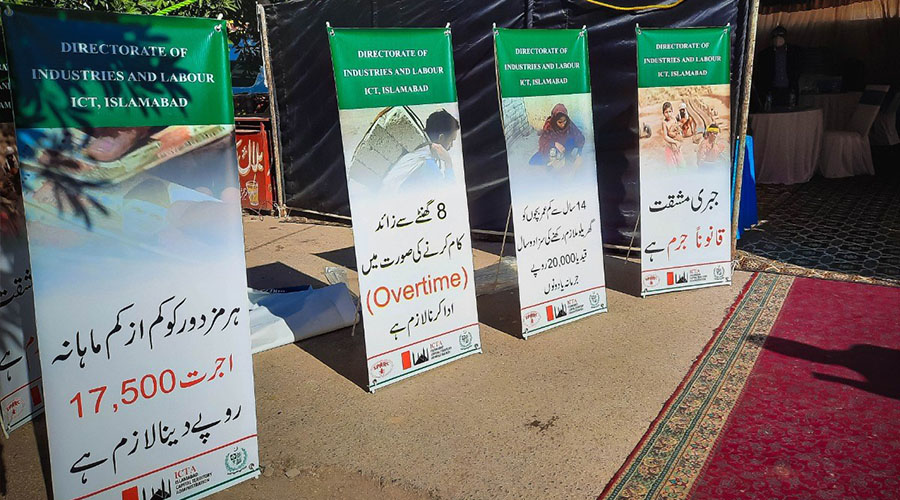 Directorate of Labour and Industries, Islamabad Capital Territory (ICT) has launched a drive to raise awareness on various labour laws among the employers and workers.

Director labour and Industries, ICT, Sadia Haider in an exclusive conversation said, “We have provided relief of millions of Rupees to the workers by ensuring strict implementation of the labor laws in the federal capital during the ongoing years”.

Read more: Labourers under WWF Will Get Rs 200,000 Grant for Daughter’s Marriage

She said the department was committed to providing all means to protection to workers’ rights while ensuring employer’s interests are being met. The ICT labour department was making all-out efforts to ensure that workers‘ rights were respected and they have the access to redress when abuses occur.

She said that the payments of workers were being recovered through judgment under Wage Act, against complaints lodged by the workers for non-payment or wages from their owners, heavy fines were being imposed against employers who did not adhere to laws.

She said that the department was committed to the elimination of child/bonded labour from Islamabad. She continued that the department couldn’t evaluate the number of children, working in houses but there was a plan to carry out door to door survey in collaboration with UNICEF to determine the actual figure in that regard.

She said that the completion of data would help ensure the enactment of the law to end child domestic labour.

The Director further said that poverty was the main reason behind child labour and underscored the need of educating the masses about the rights of children and helping them understand that children are meant to be at school and not at work.

Moreover, according to the official sources of Islamabad administration, 247 factories and 4005 shops/establishments are registered with the ICT Labour Department. The banners, containing educational material in this regard are displaced alongside major and services roads across the city.

Panaflex standees are also exhibited with the premises of leading employers offices and small industries as well as inside the shopping malls to let the workers know about their rights. The concerned efforts are aimed at enhancing the stability of the working relationship between employers and employees.

Moreover, Islamabad Capital Territory (ICT) administration has announced new initiatives for the transgender community in the city so as to pull them out of the helplessness they have been facing in life.

The initiative comprises a package that includes the opening of an Islamic center and monetary assistance with the help of a private-sector besides the announcement of jobs for the transgender community of Islamabad in the ICT departments.