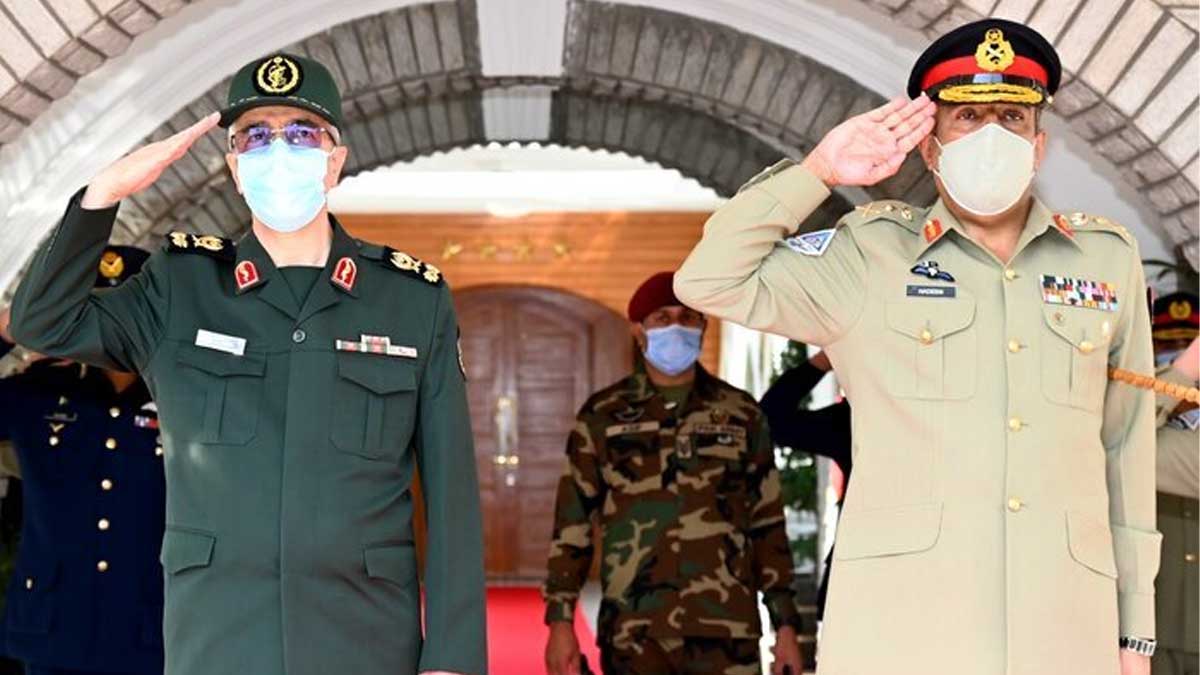 Pakistan and Iran agreed for collective efforts in forming a strong government in Afghanistan and help establish peace in the country.

Maj Gen Mohammad Bagheri, the Chief of General Staff of Iran’s Armed Forces, and Gen Nadeem Raza, the Chairman of the Joint Chiefs of Staff Committee, met on Wednesday to explore methods for the two nations to improve defence, security, and counter-terrorism cooperation.

Maj Gen Bagheri and Gen Raza also reviewed other areas of mutual interest and bilateral collaboration, as well as the current regional situation, including Afghanistan, according to a statement released by Inter-Services Public Relations (ISPR).

“They dilated on steps to increase the level and scope of military engagements between both countries and promised to continue forging deeper connections,” according to the military’s media wing.

Both sides emphasized the importance of common borders being “borders of peace and friendship,” according to the statement.

According to the ISPR, Gen Raza stated that both countries share a common perception on all national and international problems in pursuit of stronger military and strategic collaboration.

Gen Raza said that the Iranian military leader’s visit “marks a new stage in improving the military, defence, and security cooperation between the two brotherly countries.”

Meanwhile, the visiting dignitary “praised the professionalism of the Pakistan Armed Forces and acknowledged their sacrifices in the war against terrorism,” according to the statement.

The premier emphasized the growing trajectory in bilateral engagement between Pakistan and Iran, according to a statement from the Prime Minister’s Office.

He recalled meeting Iranian President Hassan Rouhani in Dushanbe on the sidelines of the Shanghai Cooperation Organization (SCO), which had given bilateral cooperation a boost.

President Raisi received warm wishes from Prime Minister Imran Khan, who also extended an invitation to him to visit Pakistan.

Pakistan’s determination “to enhance deeper bilateral commercial relations as well as greater economic and energy cooperation,” according to the statement, was emphasized by the prime minister.

PM Imran Khan hailed the Pakistan-Iran border as one of “peace and friendship,” stressing the importance of actions done on both sides to improve security.