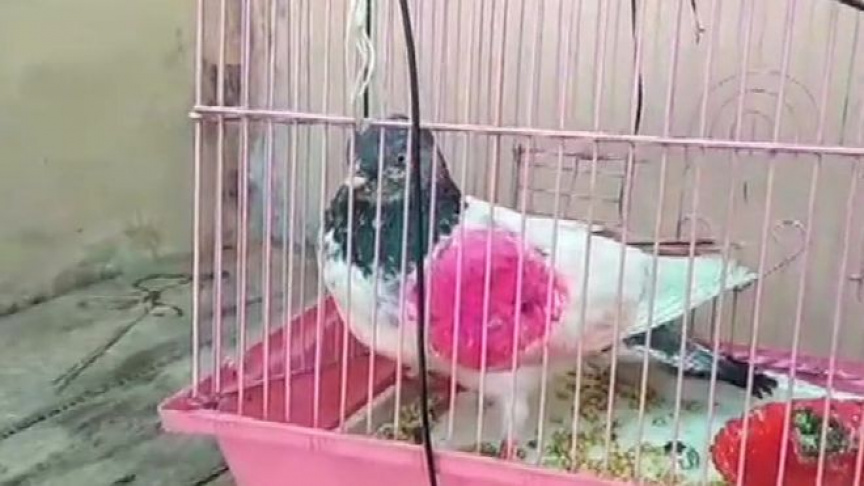 Jammu and Kashmir police have set free the captured Pakistani spy pigeon, after finding “nothing suspicious” on him.

A pigeon was logged at a police station in India after it was suspected to be trained by Pakistan for spying. The spy pigeon was reportedly carrying a “coded message” and was captured by residents along the International Border (IB) in Kathua district of Jammu and Kashmir on the 25th of May.

The pigeon suspected as a Pakistani spy, with a prominent pink patch and a tag on its leg, was being suspected by Indian police. According to the India media reports, the pigeon that was being suspected was being considered as a part of the espionage attempt from Pakistan. Indian security forces had launched an investigation into this matter and after finding nothing suspicious on him, they set the pigeon free.

Reports say that the pigeon flew into some women’s home in the Chadwal area along the international border. The women caught it and handed it to the Border Security Force (BSF) immediately. Then this pigeon was handed over to the police for further investigation. Police mentioned that the pigeon had a ring around his foot that carried numbers inscribed on it.

Moreover, India has suspected pigeons as suspected of Pakistan many times before. In 2015, the Indian security forces captured a pigeon for crossing the Indo-Pak border into the Indian Pathankot area. Then in 2016, near India’s Punjab state received a bird with an allegation threat to Indian PM Narendra Modi. Then a year before, a bird that was found a miles away from the border after being seen carrying a stamped message and India ultimately suspected Pakistan.