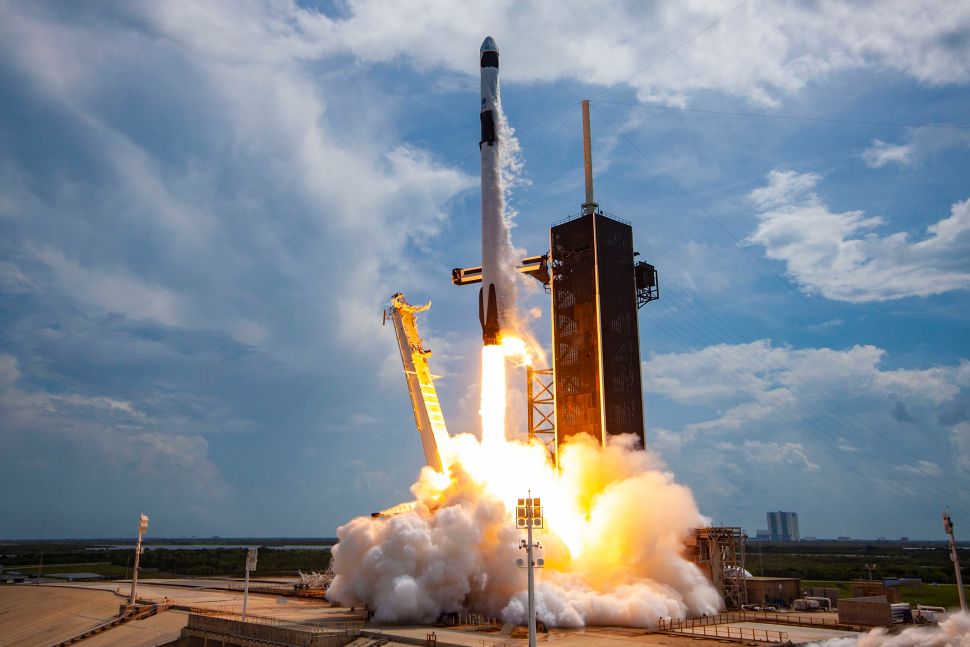 Both the astronauts are the first ones to go into orbit from American soil since 2011. The present mission is called Demo-2, it is also the ending phase of certifying SpaceX crew Dragon vehicle and Falcon 9 rocket for continuous use by NASA.

Within 24 hours both astronauts will meet ISS and there the astronauts will autonomously dock. After this process, they will devote some time while onboarding ISS which is not disclosed. There the additional tests will be conducted before coming back to earth.

The successful takeoff was processed on Launch Complex 39A at Kennedy Space Center in Florida. This was the same launchpad that was used for Apollo and Space Shuttle program, now become the first launching pad of privately developed spacecraft. After the success of the current mission, NASA will declare Crew Dragon as a commercial crew program for continued use.

This historic launch was also tried on May 27, but due to extreme weather, it had to be halted. But on 30th May successful launch occurred and NASA administrator shared the view that history has been made. I’m breathing a sigh of relief but I’ll also tell you I’m not going to celebrate until both astronauts are home safely.

The launch of Crew Dragon is an important step for SpaceX which is founded by the billionaire Elon Musk. If Crew Dragon declared safe then we may see it carry more astronauts as SpaceX signed a contract with Space Adventures which is a space tourism company to use the spaceship to further launch space tourism into orbit in near future. For those who are interested in joining the tourist group, it will cost in million dollars.