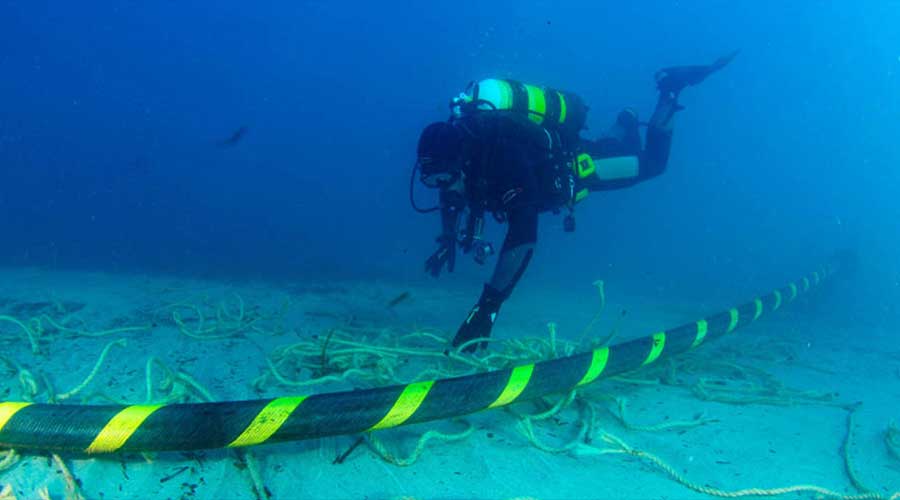 According to a report, as part of the broader Chinese Belt and Road Initiative (BRI), China is going to lay the final stretch of a cross-border fiber optic cable in Pakistan that will create the Digital Silk Road, serving the geostrategic interests of both countries.

The PEACE cable will provide the shortest direct internet route among the CPEC countries and will greatly reduce the time taken to transfer data. The fiber cable will link to Pakistan East Connecting Europe (PEACE) submarine cable in the Arabia Sea to service countries participating in Belt and Road Initiative (BRI) and Europe.

Eyck Freeman, the author of One Road says that Beijing wants to dominate the physical infrastructure underlying global communications, particularly the internet. This will give it an advantage in internationalizing its tech sector and pursuing future tech-related deals with partner countries.

Pakistan has also been looking for an alternative source of the internet. Presently, most Europe-bound internet traffic from China feeds through terrestrial cables traversing Mongolia, Russia, and Kazakhstan.

The country is being served by seven submarine cable at present, four of which come out of India. This cable network has been developed by a consortium that includes telecom companies from India, Egypt, and Pakistan.

The PEACE as a part of the Digital Silk Road is being laid between Rawalpindi and the port cities of Karachi and Gwadar currently. Worth $240 million project, which is in the partnership with China’s Telecommunication Company Huawei Technologies was approved by the government last week.

The laying of sea cable in the country’s territorial waters will begin in March, following by the government’s approval this month to construct an Arabian sea landing station in Karachi.

The Mediterranean section of the cable is already being laid which runs from Egypt to France. The 15000 kilometer-long cable is expected to go into service later in the current year. International observers are of the view that this strategic move is to circumvent international telecommunication consortiums, dominated by Western and Indian companies.