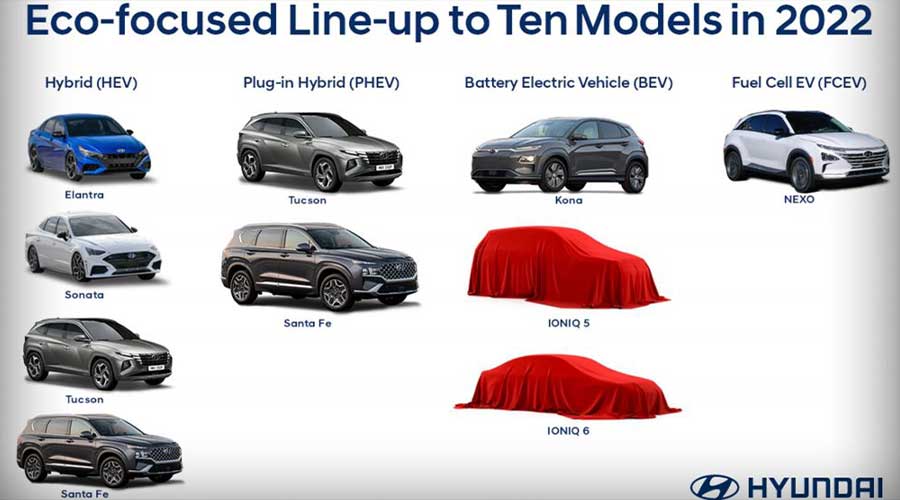 Hyundai publicized the inauguration of the Elantra and the Sonata Hybrid sedans for the 2021 model, but recently it also announced that the 2022 Tucson and the 2021 Santa Fe will also be getting a hybrid powertrain.

According to Hyundai, both SUVs will be having the option of standard hybrid and plug-in-hybrid powertrain in their lineup of variants.

The Tucson SUV gets a massive style upgrade on the outside and will be offered in SE, SEL, Blue Hybrid and Blue Plug-in Hybrid options.

According to the reports, the hybrid version of the Tucson is expected to give around 16 kilometers per liter, whereas the plug-in hybrid type is expected to offer the same fuel economy with a further all-electric range of 45 kilometers.

The upcoming SUVs of Hyundai are direct competitors to the Toyota RAV 4 hybrid and RAV4 Prime which is the plug-in hybrid, and offering better experience in all-electric range and fuel economy than the Tucson hybrid.

Another hybrid, a mid-sized, 7-seater Hyundai Santa Fe SUV is planned by the company to be launched in the market which has the same hybrid and plug-in-hybrid powerplant as the 2022 Tucson which is a 1.6-liter turbocharged, electric motor assist and encompasses with 4-cylinder engine.

The Hyundai Santa Fe is bigger in sizer and heavier than Hyundai Tucson, so ultimately there will be a variation in fuel efficiency, however, the company have not released any numbers at the moment.

Kona Electric SUV is also set to make a return and it will be a subcompact all-electric crossover SUV in the range.