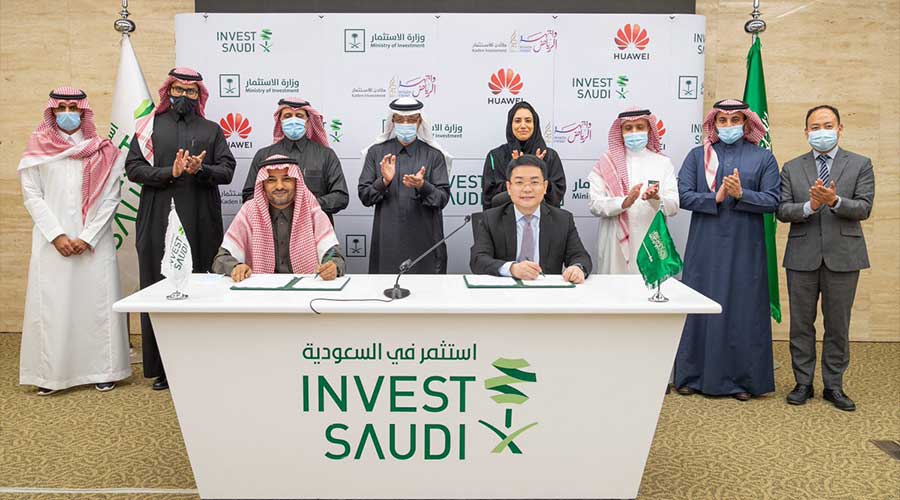 According to the government of Saudi Arabia, the Chinese tech giant Huawei has decided to launch a flagship store in Riyadh city, which will be the biggest such store for Huawei outside of China.

Huawei has signed a lease agreement with Kaden Investment of Saudi Arabia for the store, which will permit the Chinese company to have direct access to consumers in the aspect of growing market for digital products and services in the kingdom, the statement reads.

“This step comes within the framework of enhancing qualitative investments in the communications and information technology sector in Saudi Arabia,” the ministry said in a statement on its Twitter account.

We would like to thank the Ministry of Investment @SAGIAgov for hosting the event of signing the agreement and for their efforts to complete it, and also to thank our partner @Huawei for choosing #Riyadh_Front.

However, the officials have not declared the opening date of Huawei flagship store in Riyadh.

Furthermore, the Ministry of Investment statement said that Saudi Arabia predicts internet use in the kingdom to rise from 82.6 percent of the population in 2022 to 73.2 percent in 2017.

Last year, with the aid of researchers from the kingdom and Huawei, the Saudi Data and Artificial Intelligence Authority and Huawei also signed an MOU to recognize Arabic language and character using artificial intelligence.

Because of fears that it may be a tool for Chinese surveillance, the United States has instructed allies not to use Huawei’s technology to develop new 5G telecommunications networks, an allegation the company has refuted.

However, despite having knowledge of restrictions imposed by the Kingdom’s ally, the telecommunications corporations in the Gulf countries as well as Zain’s Zain KSA Saudi unit, have also made a deal with Huawei for using its 5G technology.