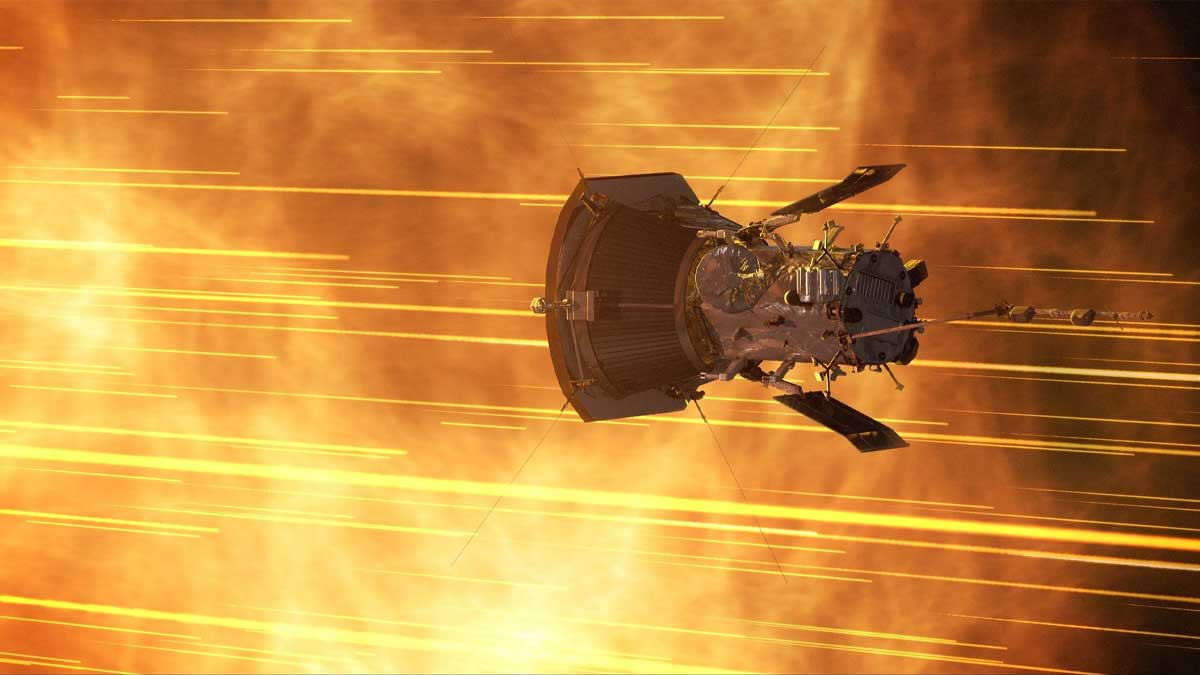 The Parker Solar Probe, a NASA spacecraft, has become the first to “touch the sun,” travelling into our star’s scorching atmosphere. The corona, or outer layers of the sun, are actually hotter than its surface, which is a 50-year-old puzzle that the spacecraft has been tasked with solving.

The Parker probe, which was launched in 2018, has entered the Alfvén critical surface, the edge of the sun’s atmosphere where the solar winds begin.

This brought the probe within 3.83 million miles of the sun’s surface, necessitating shielding against the sun’s extreme heat, which was provided by a comparatively simple shield system.

Even being hotter than the sun’s surface, the corona is normally not noticeable because the photosphere’s light drowns it out.

The sun’s corona, which shines mostly in ultraviolet light and at severe ultraviolet wavelengths, is only visible during solar eclipses or when light from the photosphere is blocked.

Any expedition that plans to travel through the corona will need to be well-protected from the extreme heat. The heat shield on the NASA probe, as well as an automatic mechanism that protects it from strong light emissions, are essential for it to withstand the harsh conditions.

The shield is 8 feet wide and is only 4.5 inches thick. Despite its thinness, the carbon composite foam sandwiched between two carbon plates maintains a safe temperature of 85 degrees Fahrenheit for the spaceship body. To reflect as much sunlight as possible, the sun-facing side heat shield is coated with a white ceramic paint.

A gallon of deionized water serves as a cooling system for the Parker Solar Probe. Because of its capacity to handle a wide variety of temperatures, this was chosen as a chemical coolant. This water is held under extreme pressure, resulting in a boiling point of over 257 degrees Fahrenheit.

These enable the spacecraft to travel through our star’s atmosphere, gathering particles and the intense magnetic field that many scientists believe is responsible for coronal heating.

The Parker Solar Probe could help astronomers and astrophysicists understand other stars in addition to revealing more information about our own sun and solar system than any previous expedition.