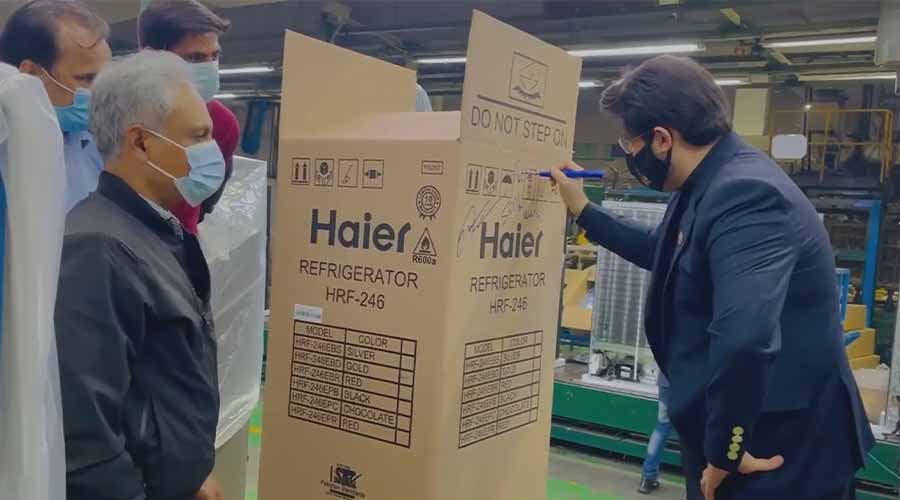 Haier Pakistan has set a record of manufacturing 5 lakh refrigerators this year, according to a press release released by the company.

According to a press release, issued on Saturday, Haier Pakistan won the confidence of the consumers by manufacturing record half a million refrigerator units in 2020.

As per the statement of Haier, “The popularity and record sales of Haier, the best brand in the world and Pakistan, in-home appliances, continues in the year 2020. Haier Pakistan has built a record 500,000 refrigerators in 2020, which is a testament to the full confidence of Pakistani consumers in Haier and the demand for Haier in the market.”

Read more: MG to launch two of its more affordable SUVs in Pakistan

Meanwhile, Javed Afridi, CEO of Haier Pakistan took to Twitter to share its success, “Thank You PAKISTAN. Haier Recorded the Biggest Number with Achieving Half Million “500k” Units Production of Refrigerators in Pakistan. Ranked No. 1 in all the Major Appliances (Refrigerators, Air Con & Washing Machines) with Far a Head in Quantity & Quality.”

Thank You PAKISTAN
Haier Recorded the Biggest Number with Achieving Half Million “500k” Units Production of Refrigerators in Pakistan.
Ranked No. 1 in all the Major Appliances (Refrigerators, Air Con & Washing Machines) with Far a Head in Quantity & Quality. pic.twitter.com/IuPHDs84d1

Haier Pakistan is a shining example of Pak-China cooperation and is a success story that exemplifies the Pak-China relationship. The joint venture between Ruba General Trading Company and Haier Group of China brought Haier into Pakistan more than a decade ago.

Its production facility has the capacity to produce over 3 million units of home appliances and electronics including washing machines, refrigerators, freezers, water dispensers, LED TVs, and laptops per annum.

Federal Minister for Planning, Development, Reforms and Special Initiatives, Asad Umar while appreciating the performance of Haier Pakistan said, many indicators show large scale manufacturing growth in Pakistan, and the country’s economy is showing signs of expansion even in the middle of an economic collapse being faced by Pakistan and many countries.