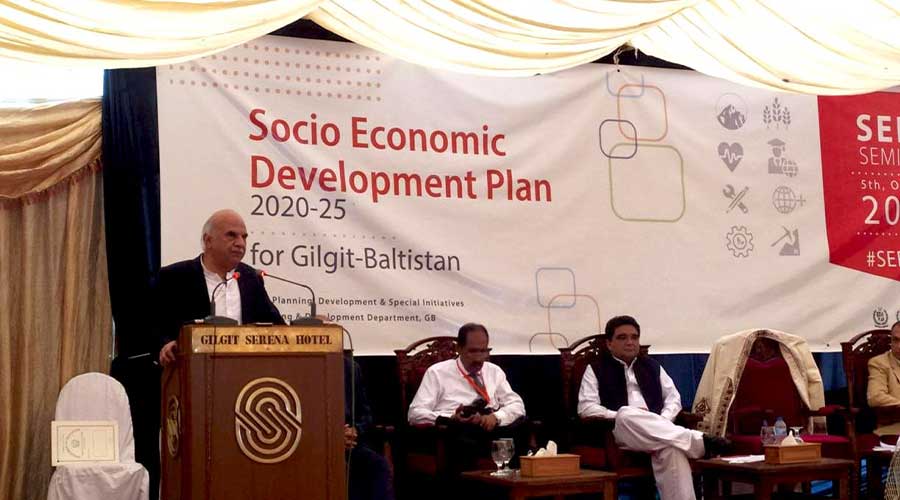 Muhammad Jehanzeb Khan, Deputy Chairman Planning Commission said that the government is fully committed to achieving political stability and socio-economic development of Gilgit-Baltistan. According to him, if Gilgit Baltistan gets stable and prosperous, it can play a vital role to stabilize the economy of Pakistan.

He further said that the establishment of federal agencies would also be carried out soon, it will facilitate the people of the region who had to visit Islamabad. Then he talked about the energy issues and said the federal government, in collaboration with the Gilgit-Baltistan administration, was planning to make many important interventions that include the installation of a regional grid to reduce losses.

He went on to say that the partnership would target the transmission of surplus power to other load centers and the foundation for interconnecting Gilgit-Baltistan with the national grid will be provided ultimately.

With the help of socio-economic development and research activities along with the regulatory framework, resource mapping, and deployment of modern technologies, the mineral sector of Gilgit-Baltistan would be developed. The proper industry would be developed for tourism as per the government plan, said Mr. Khan.

“Several interventions have been identified to harness the potential such as infrastructure development, legal and regulatory framework, private sector facilitation, the comfort of tourists and needs of the local community, marketing strategy and skills development,” he said.