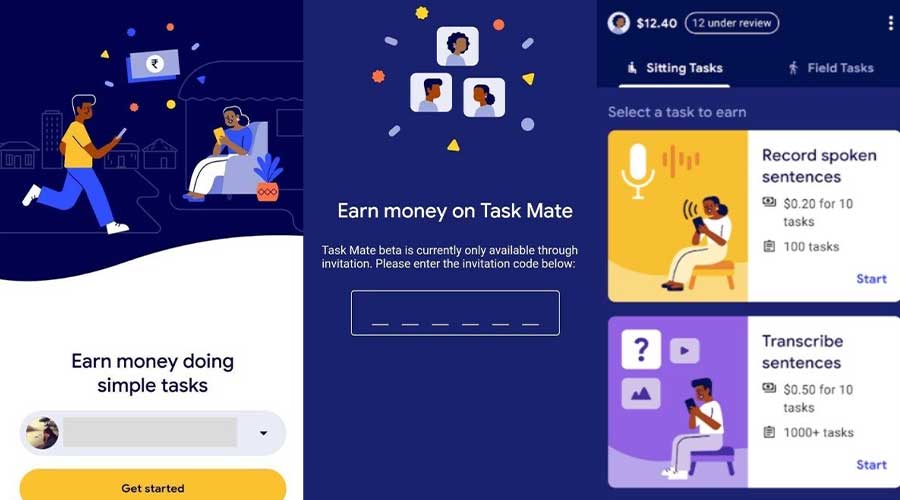 Apart from this Google already had a similar app called ‘Opinion Rewards’ that gives you rewards with Play Store credit after answering questions related to Google’s products and services.

What is Google Task Mate?

The newly released ‘Task Mate’ is one step ahead of Opinion Rewards as it goes beyond your shopping habits and it also pays you with real money instead of points.

There are two task categories within Google’s ‘Task Mate’ application, the first is sitting task and the second is field task.

In the sitting task, you need to complete things such as record spoken sentences, transcribe sentences, check shop details, and answering survey questions.

Whereas, the field tasks require users to visit nearby places like shops, restaurants, etc. and click pictures of that place and upload them on the app

After the tasks are been reviewed by the reviewer, you will be awarded money in your local currency.

How to Earn Cash?

After the completion of your daily tasks, you need to connect your Task Mate application to a third-party payment partner, your bank account, or your mobile wallet in order to receive money.

As of now, Google has not opened up about its newly developed application and how the data will be used, but it is believed that the company will be using the gathered data to improve its search engine, dictation and image dictation processes.

Currently, the app is launching in India first and even if a user downloads the app, they need to have a referral code in order to use it. It will be available in other countries as well later on.