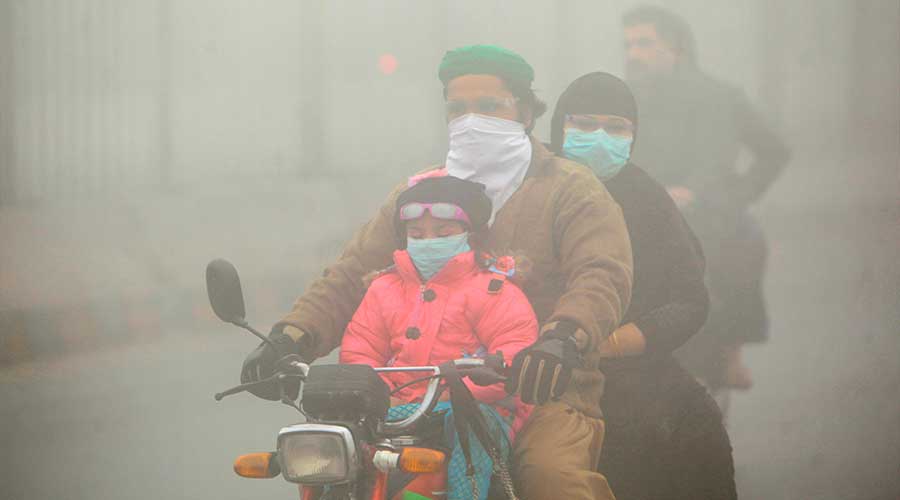 Swiss real-time air quality monitoring platform IQAir ranked Lahore, the capital city of Punjab, as the second most polluted city in the world.

According to the data shared by IQAir, the air quality index (AQI) score is 430 and IQAir labeled Lahore air as ‘hazardous’. Meanwhile, New Delhi still remains at number 1 with an AQI score of 719.

Air quality levels this high can cause cardiovascular and respiratory diseases and pose a risk for COVID-19 patients. Currently, the world is suffering from coronavirus and new research believes that poor air quality and death due to COVID-19 have a positive connection.

The ideal AQI is between 0 to 50 which is very user-friendly, however, an AQI over 300 is considered as ‘hazardous’ and it is mandatory to take actions on an immediate basis. Many experts also recommend that if the AQI is more than 300 then it is not safe for outdoor activities and individuals must stay indoors and keep doors and windows closed.

The same platform also revealed that Faisalabad is the second most polluted city in Pakistan after Lahore. Meanwhile, another media report revealed that the US Embassy also conducted the real time monitoring of air quality, the AQI of Lahore was noted at 623 which is very close to India’s New Dehli.

Prime Minister Imran Khan has told his cabinet that tackling air pollution is a priority, and authorities have taken measures to reduce pollution from brick kilns.

During a meeting for the normalization of electric vehicles, the authorities briefed Chief Minister of Punjab Usman Buzdar that 43 percent of the smog was released by vehicles.

The officials are doing their best to control the smog by launching FIRs, and it has been reported that 204 FIRs have been filed in few days related to smog tempting activities and 11,685 tickets (challans) have been allotted to the owners of smoke producing vehicles.