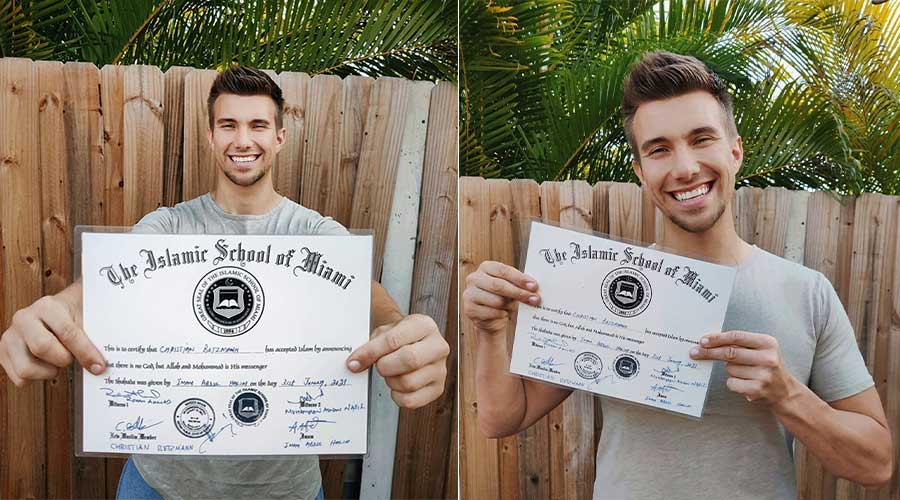 On Friday, Christian Betzmann announced his acceptance of Islam. He has now started his new journey with completely different thoughts and way of life.

Announcing that he has accepted Islam, Betzmann posted a picture of himself and he penned a heartfelt confession over him resuming his new identity as a Muslim.

Christian Betzmann posted, “I have accepted Islam ????”, he started,”I started this channel last December and spend almost 1 year in Pakistan. During this time I met sooo many incredible people and learned a lot about the religion and the lifestyle. Growing up in Europe the word Islam was always connected with negativity, war, terrorism and to be completely honest I was never a religious person before so I didn’t really care what people thought back then.”

“My best childhood friends were muslims and deep inside we are all human beings in the same simulation we call life. The islam is the religion of peace and I felt a deeper connection and something I want to experince and explore deeper for myself,” he concluded.

His many followers and YouTubers lauded him in the comment section, including Sham Idrees, Zaid Ali T and actors such as Minal Khan, Zoya Nasir and Zara Noor Abbas.

Moreover, following his religious activities, the vlogger is often seen hanging out with his Pakistani friend, Zoya Nasir, a prominent member of showbiz industry. The two friends often post pictures with each other on their Instagram, and her fans can’t stop adoring the strong bond of friendship they share.