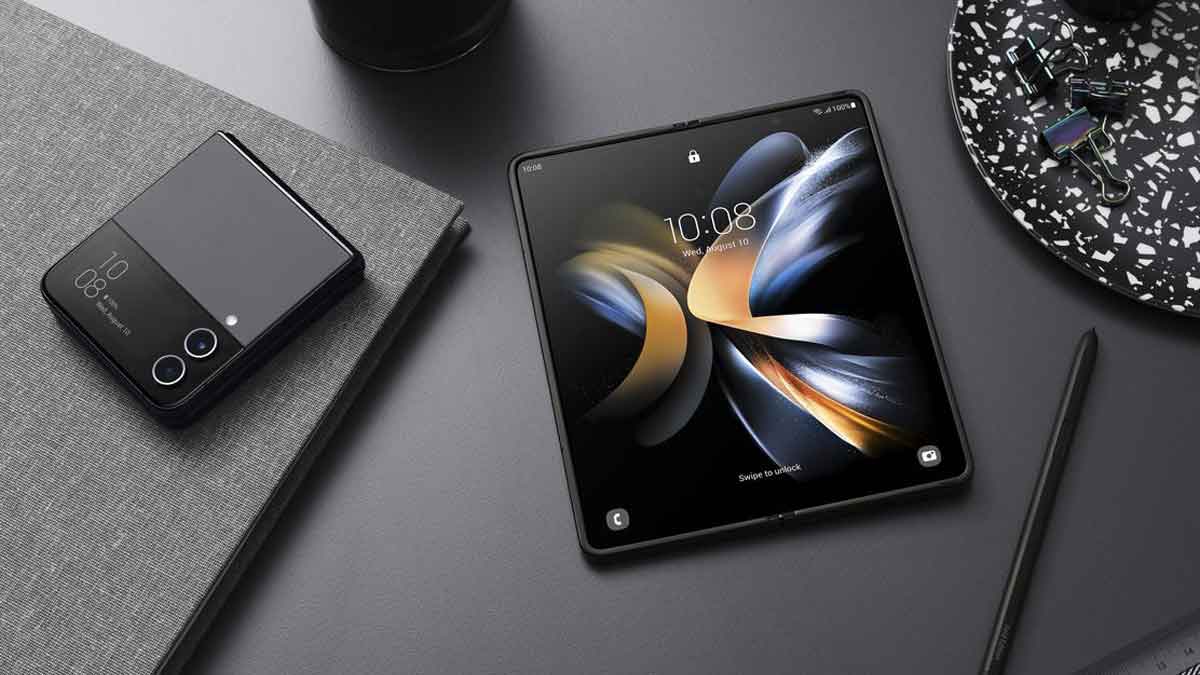 In an effort to maintain its dominance in a developing niche market, Samsung Electronics revealed its most recent high-end foldable smartphones, the Galaxy Z Flip4 and Galaxy Z Fold4, while keeping pricing at last year’s levels.

The Galaxy Z Flip4 is a flip phone that costs $999.99, while the Galaxy Z Fold4 is a premium smartphone that supports 5G and has a 7.6-inch main screen. These prices are identical to those of last year’s models at launch.

Starting on August 26, a limited number of stores, including the United States, parts of Europe, and South Korea, will make the Galaxy Z Flip4 and Z Fold4 as well as its newest earbuds, the Galaxy Buds2 Pro, broadly accessible.

Although only 1.2% of the estimated 1.36 billion smartphone shipments, Counterpoint Research predicted that the number of foldable smartphones supplied globally will increase to 16 million units this year from 9 million units shipped in 2017.

The general smartphone industry is expected to contract this year as customers spend less, but researchers predict that sales of foldable handsets will increase because of their unique form factor, big screens, and portability.

In the first half of 2022, Samsung managed a 62% market share for foldable smartphones, followed by Huawei at 16% and Oppo at 3%. After the new launches, Counterpoint predicted Samsung’s share in the second half will be about 80%.

In the second half, Samsung said it wants foldable phone sales to surpass those of its previous flagship smartphone, the Galaxy Note.

“Foldables have helped Samsung set themselves apart… In the future, Apple will be Samsung’s main rival, and we anticipate an Apple foldable to be delivered in 2024 or 2025, according to Counterpoint Senior Analyst Jene Park.

According to Samsung, the most recent models make it simpler for phone customers to use well-known applications like Instagram and Microsoft Outlook.