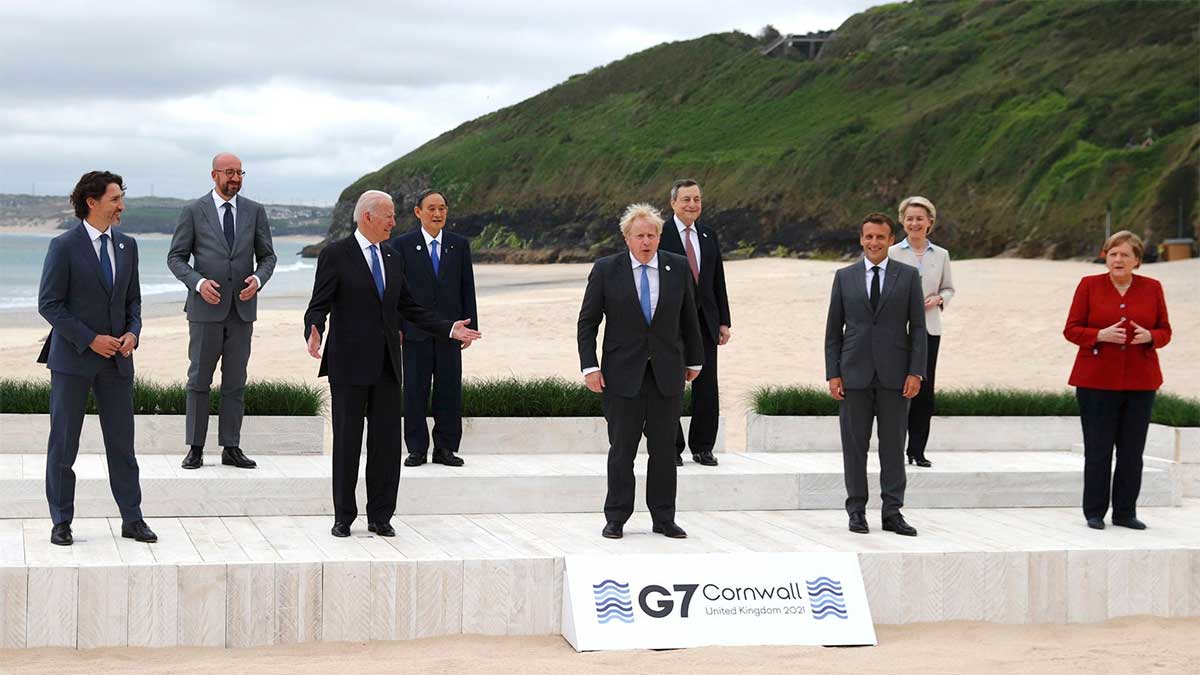 Seeking to counter China’s global influence, US President Joe Biden on Saturday at the G7 summit in Cornwall, England, launched an infrastructure initiative for developing countries.

B3W will be funded by G7 nations, and alongside improving infrastructure, will also push progress in health, technology, climate, and gender equality.

A White House statement said the B3W initiative will provide a “transparent infrastructure partnership to help narrow the $40 trillion needed by developing nations by 2035.”

G7 leaders kicked off a three-day conference on Friday aimed at helping to stop the -19 pandemic and establish a climate-centric economic rebound.

The G7 leaders also pledged to donate one billion vaccine doses for the world’s poorest countries.

After the pandemic wiped out last year’s summit, US President Joe Biden and his counterparts from the United Kingdom, Canada, France, Germany, Italy, and Japan sat down for their first face-to-face meeting in nearly two years.

The leaders issued warnings to Russia and China while meeting in the Cornish resort of Carbis Bay, southwest England, under the protection of a suffocating security operation.

The majority of the G7 leaders of state and government also met in Brussels on Monday for a NATO conference, before Biden flew to Geneva for his first summit with Russian President Vladimir Putin.

Following the upheaval of his predecessor Donald Trump’s go-it-alone presidency, Biden reminded US service men upon his arrival in Britain on his first foreign trip as president that “the United States is back and democracies around the globe are standing together.”

Referring to the Covid-19 outbreak, the G7’s host, British Prime Minister Boris Johnson has stated that it has badly upset the world order.

Prior to the UN’s COP26 climate meeting in November in Scotland, the leaders are also considering proposals to assist poor nations in their transition away from fossil fuels, as part of a promise by richer countries to achieve “net-zero” emissions by 2050.

Over the weekend, the leaders of Australia, South Africa, South Korea, the United Nations, and the European Union will join the G7 leaders, with India participating virtually.