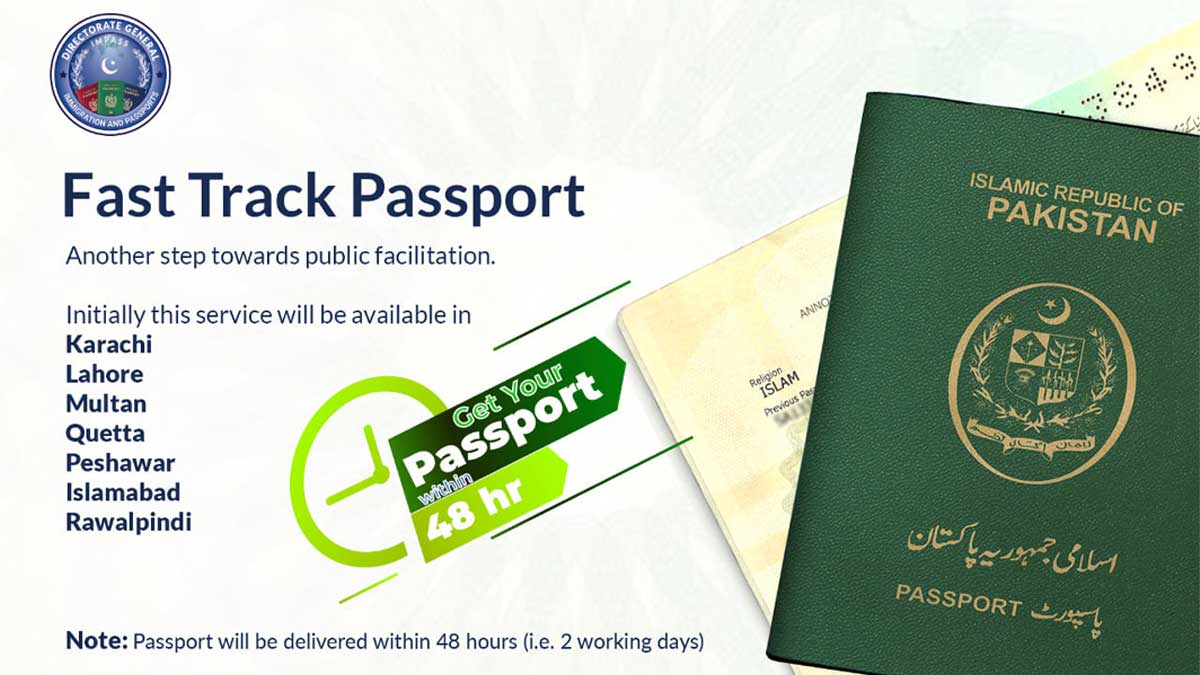 A new service titled ‘Fast Track Service’ has been introduced by the government of Pakistan- intended to provide passports to candidates at their doorstep within 24 hours.

According to the Directorate General of Immigration & Passports news update, the Fast Track Service has been launched in the seven cities initially i.e. Islamabad, Rawalpindi, Lahore, Multan, Peshawar, Karachi and Quetta.

This new service was announced by Interior Minister Sheikh Rasheed in a tweet. “Now get your passport within 24 hours. Avail DGIP Fast Track Service,” the minister revealed in a tweet.

Fast track service is an online service that will allow individuals to receive their passports at home even without travelling and waiting in queues at passport offices. The contenders can acquire their passports within 24 hours.

Moreover, Interior Minister Sheikh Rashid Ahmed, while addressing a ceremony announced that Asia’s first-ever e-passport service will start in Pakistan at the start of next year.

The meeting was held in Islamabad on Dec. 8 to unveil important initiatives by the Directorate General of Immigration and Passports.

The initiatives involved fast track delivery service at zonal offices, revamping online passport facility, updating of the website of Director General of Immigration and Passports and inauguration of its official logo.