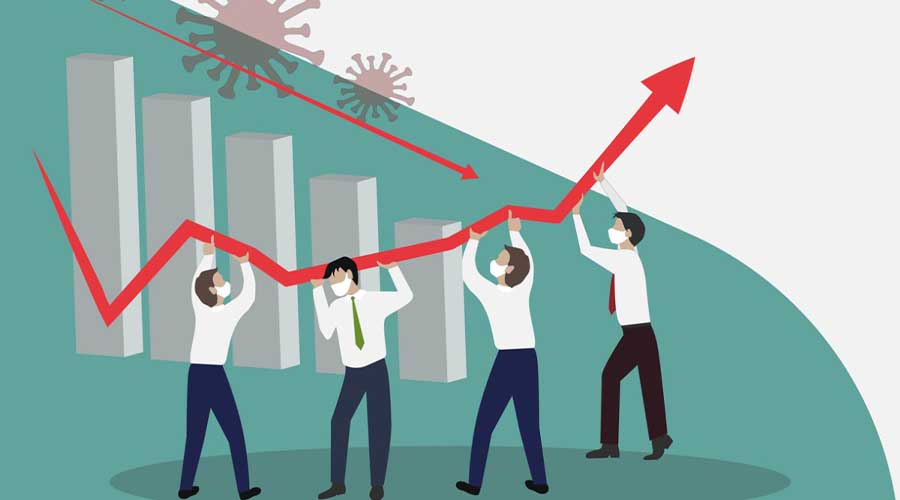 The Ministry of Finance in its Monthly Economic Update & Outlook (November 2020) report issued on Friday presented a strong economic recovery in the country.

The Ministry of Finance declared that during the first four months of this fiscal year, the current deficit account has come to zero levels, accrued for the first time during the last 15 years.

According to the report released by the Ministry of Finance, the economy is moving towards restoration, the local currency is getting in a better position in comparison with the dollar and foreign exchange reserves are exceeding $20.55 billion. The trade deficit, however, is 4%.

During this period, the budget deficit remained Rs 484 billion. It is expected that there would be the betterment in the confidence of the businessmen, and consumers and economic growth will also move considerably high. There has been an increase of 25.5% in money transactions.

The economic recovery report also revealed Government expenditure has been Rs 963 billion. The government took appropriate actions to streamline the internal and external imbalances in the economy right from the start of this fiscal year’s including resource mobilization, completion of IMF program, adoption of austerity in all the sectors/departments of government, and monetary policies. This all helped the economy to be stabilized considerably.

Although the second Covid19 wave seems a threat to the economy, the government is extra careful in handling the current situation. Due to the worsening pandemic situation in neighboring countries, Pakistan’s export sector is having much needed room to address the international market. The exporters of textile and cement received huge orders from abroad.

Industrialization is also flourishing. Government has a strong check over the unnecessary imports therefore, the exports of the country have been more than the imports during the first four months of the current fiscal year.

The Moody’s Investors Service which is one of the world’s top three credit rating agencies, on 22 August 2020, reaffirmed Pakistan’s stable outlook, citing macro prudential policies implemented by the government, meaning thereby that Pakistan is capable of paying back its foreign debts.