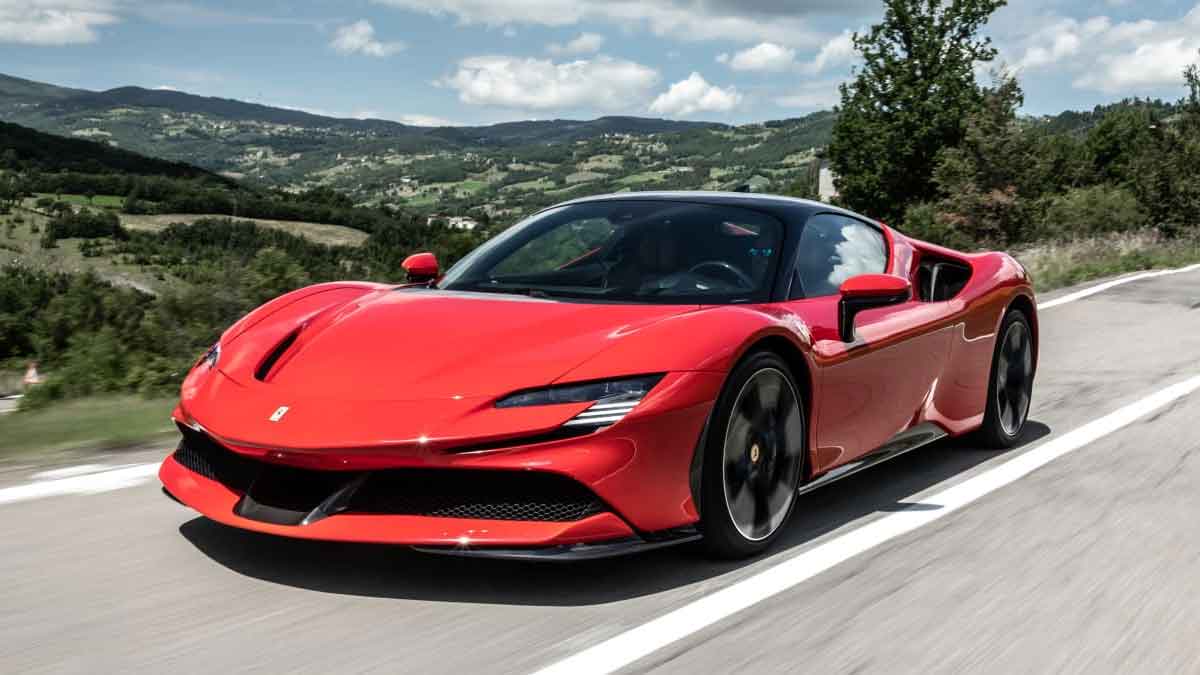 Ferrari revealed plans to convert 80% of its manufacturing to all-electric or hybrid vehicles by 2030, a significant leap for a company known for its powerful combustion engines.

“Electrification is a method to boost performance,” said new CEO Benedetto Vigna at the brand’s historic Maranello facility in northern Italy, where he introduced a four-year strategic plan.

The plan for the years 2022-2026 will be driven by the introduction of new goods, including Ferrari’s first 100 percent electric car, which will be unveiled in 2025.

“We will manufacture an electric automobile that will give you the same feelings as driving a regular Ferrari,” he assured, without giving any precise information.

The Maranello plant will be expanded, and a third production line for hybrid and electric vehicles will be added.

Ferrari’s first SUV, the “Purosangue” (Thoroughbred), will be unveiled in September, with deliveries beginning in 2023.

Between 2023 and 2026, another 15 additional launches are scheduled, including the all-electric option, according to Ferrari CEO Vigna.

It said that it will set a high revenue goal. The target of 6.7 billion euros ($7 billion) for 2026 is significantly higher than the expected income of roughly 4.8 billion euros this year.

Vigna did not reveal much details about the forthcoming Purosangue, other than the fact that it will be a sports car with a V12 engine, which is the famous brand’s trademark.

“I am convinced it will exceed all expectations,” he stated.

He highlighted its exclusivity, claiming that it would account for less than 20% of all deliveries.

Meanwhile, Ferrari had guaranteed the launch of 15 cars in its previous strategic plan, which was unveiled in 2018, according to Vigna.