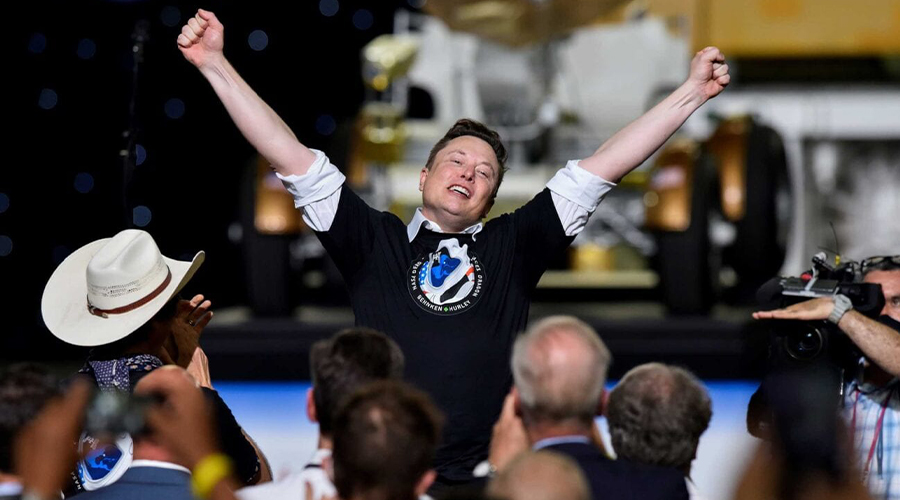 According to the reports, in the Thursday’s gains in Tesla stock, Entrepreneur Elon Musk had a net worth of over $188.5 billion, $1.5 billion greater than Amazon’s Jeff Bezos.

On Twitter, Musk responded to a tweet about his new standing with two tweets saying “How strange” and “Well, back to work …”

Well, back to work …

According to the Bloomberg report, he has a 20 percent interest in the carmaker and around $42 billion of unrealized paper gains on vested stock options.

In November, Elon Musk unseated Bill Gates as the second richest person when his net worth hit $128 billion.

Tesla shares were mounted by 7.4 percent which was a record high of $811.61 on Thursday.

Despite the high rise in its wealth, Forbes Billionaires List still says that Amazon’s Jeff Bezos is still ahead of Tesla inventor Elon Musk by $7.8 billion.

Based on the Tesla stake, Forbes has a more cautious calculation that he has pledged as collateral for personal loans. To take that into account, according to its November report, a 25 percent discount applies to its shareholding.

PayPal Holdings Inc was also co-founded by Elon Musk, however, the online based payment firm sold by Musk and now operating the world’s most revolutionary businesses.

Besides Tesla, he leads the rocket company SpaceX and Neuralink, a startup that creates brain-machine interfaces with ultra-high bandwidth to connect the human brain to computers.

To escape the nasty traffic jams in U.S. cities, he set up the Boring Company to make inexpensive tunnels under busy city streets for an all-electric public transportation system.