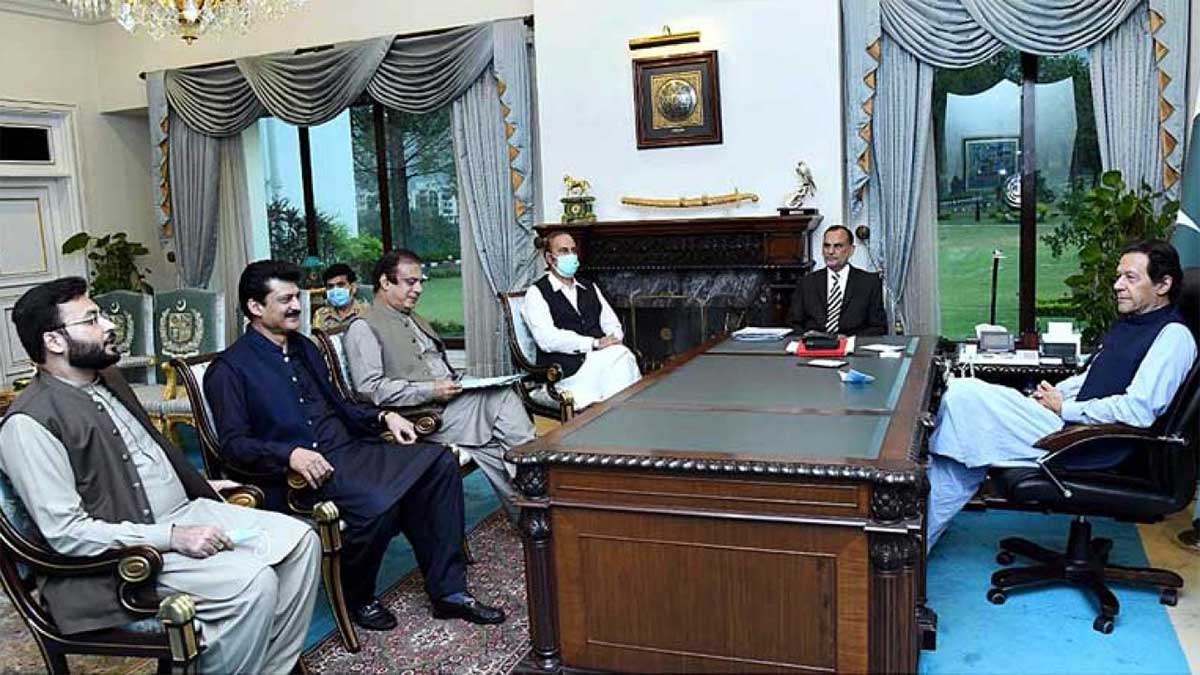 Prime Minister Imran Khan has said that electronic voting was the only way to ensure transparency and prevent rigging in the elections.

Minister for Science and Technology Shibli Faraz, Leader of the House in the Senate Senator Dr Shehzad Wasim, Minister for Railways Azam Khan Swati, Minister of State for Information and Broadcasting Farrukh Habib, and Advisor to the Prime Minister Babar Awan were present during the briefing.

Moreover, during the meeting, the prime minister was given a detailed briefing on the progress made so far in the use of the electronic voting machine and legislation in this regard.

PM Khan reiterated his vow to ensure transparency in the use of e voting machines in the electoral process and to fulfill all constitutional requirements.

The premier also said that the present government was committed to ensuring transparency in the electoral process of the country. “Overseas Pakistanis are an asset of the country, they must be involved in the election process […] electoral reforms, electronic voting, and voting process for overseas Pakistanis should be completed soon,” he instructed the concerned officials.

A delegation of Pakistan Peoples Party on Friday met Chief Election Commissioner Sikandar Sultan Raja and conveyed to him the party’s concerns over the government’s decision to introduce electronic voting machines (EVMs) in the next general elections.

However, the house passed the Elections (Second Amendment) Bill on 10th June which relates to fair, free and transparent election through the utilization of technology and modern gadgets.

The aim behind bill was also to grant voting rights to the Overseas Pakistanis which could only be possible by vesting exclusive authority in ECP with the technical assistance of NADRA and other agencies.