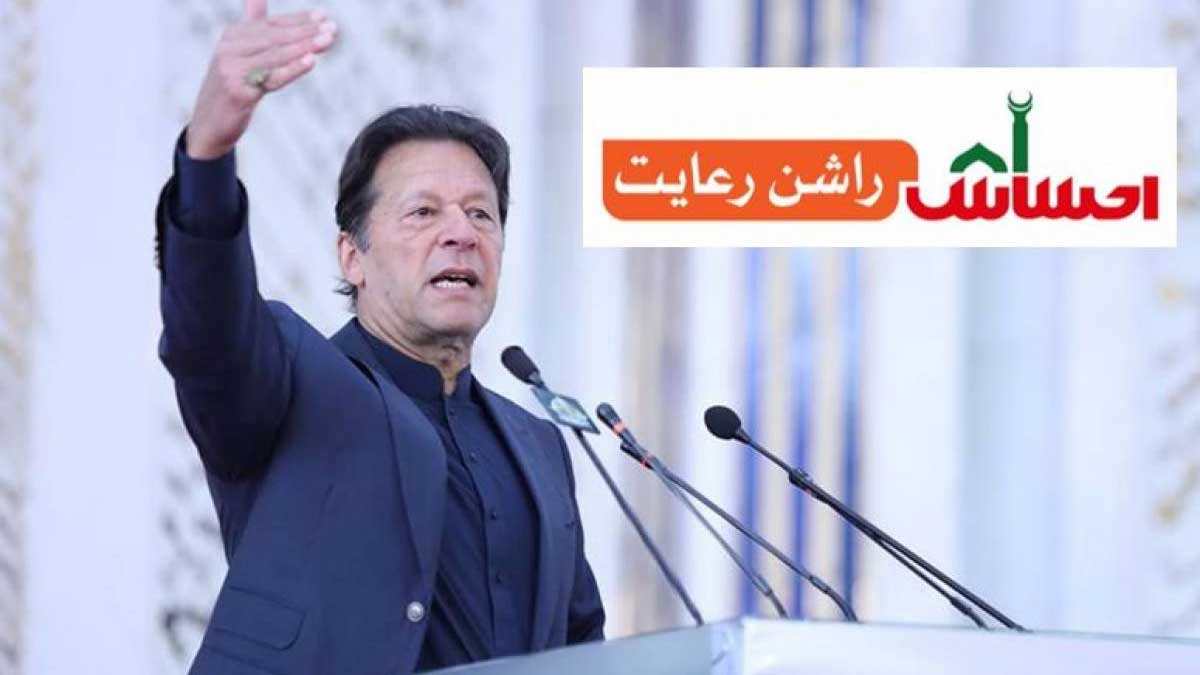 The targeted subsidy scheme, according to officials, aims to better cut the price of vital products such as wheat flour, cooking oil, ghee, and pulses.

Subsidies would be provided to 20 million eligible families for a total of Rs 106 billion under the programme. Under the Ehsaas Kafalat Scheme, the Kafaalat Cash Assistance Program, worth 71 billion rupees, will also be launched.

The schemes announced for the helpless sections of the society can only be initiated when people who have passion and are sympathetic about the lives of other people work boundlessly and keenly, the premier said.

During the inauguration ceremony of the Ehsaas Riayat Rashan Programme in Islamabad, PM claimed that this is the “biggest programme in the history of Pakistan.”

Mr Khan said that this programme is a positive step in the way of the PTI’s Riasat-e-Madina roadmap.

Intending to alleviate poverty in the country, the programme has been launched by PM.

Only one member of an applicant family whose mobile phone number appears on his personal Computerized National Identity Card can enroll his family using the web portal or sending SMS on 8171.

Every qualifying family will receive a one-thousand-rupee monthly subsidy on the purchase of wheat, cooking oil, and pulses.

Sania Nishatr, Special Assistant to the Prime Minister on Poverty Alleviation and Social Protection, previously stated that the Ehsaas Rashan Program will benefit 20 million Pakistani families with a poverty score of less than 39 and a monthly income of less than Rs 31,000.

According to the SAPM, this programme will assist 60 percent of Pakistan’s population, based on their estimates. “By adopting this approach, the amount can be increased as well as new benefits introduced,” she noted.

She said that Ehsaas has acquired socio-economic data from 38 million families, making the implementation of new initiatives easier.