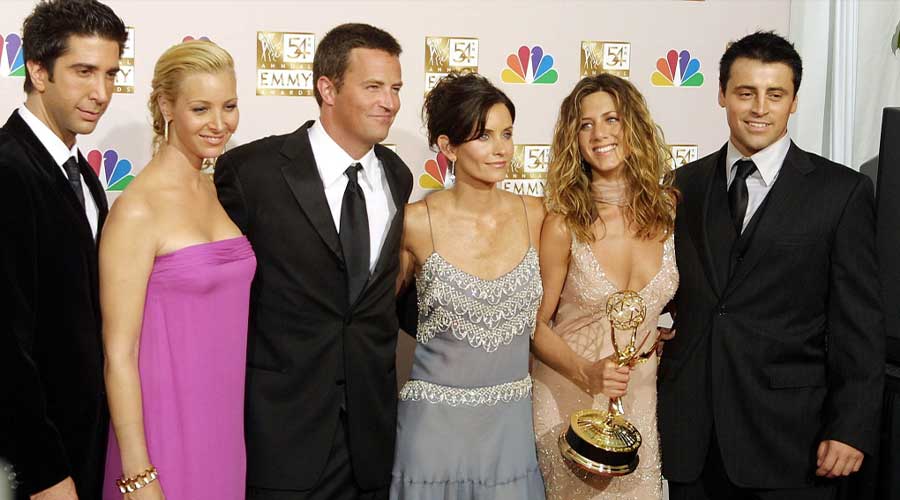 The all-time best Television season ‘Friends’ reunion special is projected to shoot in March according to the actor Matthew Perry, a year after when it was decided to bring back the cast which was wrecked by the coronavirus pandemic.

“Friends reunion being rescheduled for the beginning of March. Looks like we have a busy year coming up. And that’s the way I like it!” Perry tweeted.

Friends reunion being rescheduled for the beginning of March. Looks like we have a busy year coming up. And that's the way I like it!

The one-off unscripted special was supposed to launch on the HBO Max streaming service in May 2020, but it kept delaying due to coronavirus pandemic as all the production houses were locked in Hollywood in mid-March.

According to the inner source of the production, the planning is still on the final moments but it is expected that the first part of 2021 was the set date for the recording of Friends reunion.

The American comedy season revolves around six friends involving Jennifer Aniston, Lisa Kudrow, Courteney Cox, David Schwimmer and Matt LeBlanc living in Manhattan. The season first premiered in September 1994 and the final season was aired on May 2004. Friends remains one of the most popular TV shows in reruns.

HBO Max said earlier this year said that it is hoping to film the reunion in the studio with a live audience.

In Hollywood, the industry is gradually back in production under complex safety guidelines which include social distancing, regular testing for cast and crews to mitigate the corona spread and also COVID-19 advisers on sets.